Genotype and phenotype are two concepts belonging to genetics. Genetics is the branch of biology that studies the way in which biological inheritance is transmitted between generations. Its main object of study are genes, which are molecular units of information of this genetic inheritance. Within genes, is the genotype. Once the genotype has been manifested, the phenotype is then spoken of. 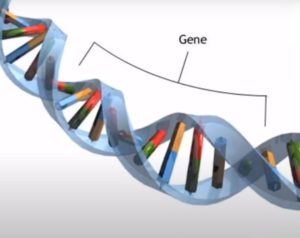 See Also: What Is The Difference Between Genome And Genotype?

The Difference Between Genotype And Phenotype

Many times doctors and scientists talk about genotype and phenotype, but what is the difference between the two?

Genotype and phenotype are two concepts belonging to genetics. 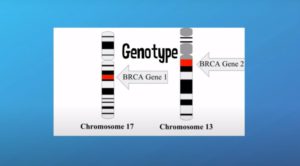 alt=”genotype” width=”564″ height=”312″ />The genotype is the genetic code of the cells of an organism, which determines the characteristics of an individual.

The phenotype is the trait that we can observe, either as a physical characteristic or as a behavior.

The phenotype depends on the genotype, and can additionally be influenced by environmental and nutritional factors. 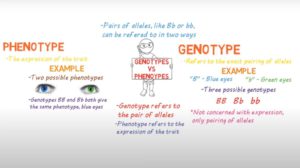 Since the Austrian monk Gregor Mendel made breeding experiments by artificial selection with pea plants, understand how traits are transmitted from one generation to the next has been an important field of biology. Genetics is often used as a way to explain evolution , even if Charles Darwin didn’t know how it worked when he came up with the original Theory of Evolution. Over time, as society developed more technology, the marriage of evolution and genetics became apparent. Now, the field of Genetics is a very important part of the Modern Synthesis of the Theory of Evolution.

To understand how genetics play a role in evolution, it is important to know the correct definitions of basic genetic terminology. Two of those terms that will be used repeatedly are genotype and phenotype . Although both terms have to do with the traits that individuals show, there are differences in their meanings.

It can serve you: What is genetics?

What Is A Genotype?

The word genotype comes from the Greek words “genos” which means “birth” and “typos” which means “mark”. While the whole word “genotype” does not exactly mean “birthmark” as we think of the phrase, it does have to do with the genetics that an individual is born with. A genotype is the actual genetic makeup or makeup of an organism.

Most genes are made up of two or more different alleles or forms of a trait. Two of those alleles join together to form the gene. That gene then expresses any dominant traits in the pair. It could also show a combination of those traits or show both traits equally, depending on the trait you are encoding. The combination of the two alleles is the genotype of an organism.

The genotype is often symbolized by two letters. A dominant allele would be symbolized by a capital letter, while the recessive allele would be represented by the same letter, but only in lowercase. For example, when Gregor Mendel did his experiments with pea plants, he saw that the flowers would be purple (the dominant trait) or white (the recessive trait). A purple-flowered pea plant may have the PP or Pp genotype. A white-flowered pea plant would have the pp genotype.

What Is A Phenotype?

Identification Of Genotype And Phenotype

The genotype can be identified through various chemical tests that mainly consist of determining the genetic makeup of the individual. These tests include DNA analysis tests, paternity tests, and polymerase chain reaction (PCR), among others.

The phenotype can be identified by observing the characteristics of the individual. Sometimes these features cannot be seen with the naked eye. For example, to determine the blood group phenotype of human red blood cells, a laboratory test is required.

Relationship Between Genotype And Phenotype 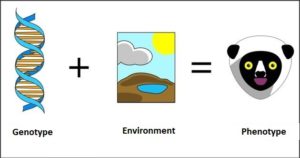 The genotype of an individual comprises his entire genetic makeup. This includes dominant or recessive genes, regulatory sequences and what is known as junk DNA, which is DNA that is not yet known for what it is for.

The phenotype is the result of the genes that can be expressed and of the external factors that affect their expression: environmental, nutritional and chemical factors.

If we make the analogy of genotype and phenotype with a book, the genotype is the whole book: the leaves and what is written on them. The phenotype, on the other hand, is what we read in the book.

You may be interested: What Is The Difference Between Gene And Allele?

In organisms with sexual reproduction, sex cells or gametes have half the genetic load of the species. By combining a female gamete with a male one, they complete the individual’s genetic makeup. So, the genotype of this individual is the result of the combination of the genotypes of its procreators.

Although the phenotype is determined by the genotype, and this by heredity, there are other factors that affect phenotypic manifestations. For example, if a baby does not receive adequate nutrition during his first stage of life, he may not reach the height that was determined in his genes.

We also have the case of identical twins that have the same genotype, but can present different phenotypes.

An individual’s phenotype can change during their lifetime, depending on which genes are expressed and how external conditions affect them. For example, a young child with green eyes may turn blue after a while. 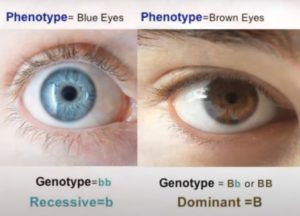