The full form of DNA is Deoxyribonucleic acid. DNA is a set of molecules that perform the most important functions that transmitting and carrying the inherited materials or genetic instructions from parents to offspring. It is an organic compound that has a unique molecular shape and is found in eukaryotic and prokaryotic cells. 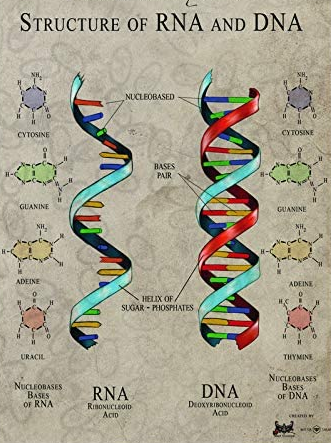 The Swiss biologist Johannes Friedrich Miescher first recognized and named DNA in 1869, during his work on white blood cells. James Watson and Francis Crick later discovered the double helix structure of the molecules of DNA by using experimental evidence. 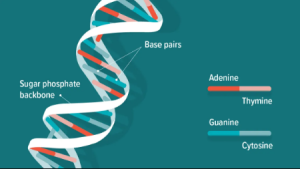 Structure and function of DNA and Genes

DNA is “The Molecule of Life”. It is the one that encodes the characteristics and genetic information of different living beings. This code regulates the functioning of each type of cell. it controls the transmission of this information, both in time and in the place of performance of the same, coordinates the highly complex network of interactions of cell and tissue function; it also controls its own duplication, repair, and self-regulation.

DNA controls and coordinates the processes of reproduction and maintenance of the characteristics of each species. All these fundamental activities are regulated and driven by a set of instructions that constitute is called genetic code.

The DNA molecule consists of a double chain in which each of its strands is formed by successive covalent unions between a sugar (deoxyribose) and a phosphate molecule. Each sugar of the two chains is linked to one of the following 4 nitrogenous bases adenine (A), guanine (G), cytosine (C) and thymine (T). These 4 bases have different possibilities of union between them through hydrogen bonds. Thus, A and T have 2 hydrogen bonds, while G and C have 3 hydrogen bonds. The number of hydrogen bonds establishes a specific complementarity between the bases that determine their unions. However, in the ribonucleic acid (RNA) molecule, T is replaced by uracil (U).

In DNA, the two ends of the “backbones” of the two complementary chains of “phosphate-deoxyribose-nitrogenous base” units (called nucleotides) terminate in a phosphate group at one end, and a sugar hydroxyl at the other end. the two “backbones” of the deoxyribose-phosphate-base face in opposite directions, so the ends always face the complementary bonds of the bases, which confers stability to the double strand of DNA.

Also, read these articles for more information about DNA:

What is genetic code?

DNA encodes genetic information through combinations of bases, such that each correlative sequence of 3 bases (triplet), called a codon, codes for an amino acid. Thus, the ATG codon corresponds to methionine, and it is also the one that marks the site where reading for messenger RNA (mRNA) begins, which will copy the message of the genes to transfer it to the cytoplasm, where the protein that each gene encodes will be formed. There are also 3 sets of triplets (TAA, TGA, TAG) that constitute stop codons.

There are three types of DNA are:

What is the structure of genes and how is mRNA formed? 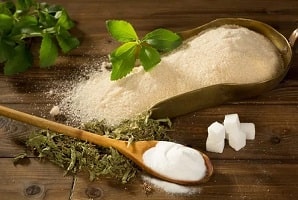 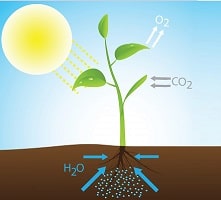 Examples Of Anabolism And Catabolism With Definition To Better Underst..