The nervous system is a set of organs that form a network of communication, processing and control of the functioning of the other systems of the body . Therefore, it is responsible for the behavior and feelings of the individual, the voluntary and involuntary movement. In addition, it also has a storage center for information and memory.

The main cell of the nervous system is the neuron . In the nervous tissues, a gray zone and a white zone can be distinguished. In the gray matter, the bodies of the neurons are concentrated, while the white matter is formed by the extensions or axons of the neurons.

The control functions of the body are concentrated in the central nervous system . Such is the importance of these organs, which are protected by the skull, spine, meninges and cerebrospinal fluid.

The meninges are three membranes: dura mater, arachnoid and pia mater, which involve the structures of the central nervous system. Among the meninges we find the cerebrospinal fluid that acts as a support and shock absorber.

Structurally, the central nervous system is made up of the brain and the spinal cord. The encephalon , in turn, comprises the brain, cerebellum, diencephalon and brainstem.

The brain is protected in the head by the skull.

Vertebrates are the only animals that have brains as part of their central nervous system. In the human species, the brain is the most developed organ of the brain. It is protected by the skull bones in the head.

The cerebral cortex is the superficial outer part of the brain, showing folds (convolutions) and crevices (grooves). In the cerebral cortex the most complicated functions are recorded, such as language, learning, sensations and reasoning.

We can also distinguish two large portions or hemispheres, interconnected by the corpus callosum. They are the left and right hemispheres.

The cerebellum derives its name from Latin, and means “little brain”. It is found behind and below the brain. Their functions are:

It is formed by the thalamus and the hypothalamus. The thalamus is responsible for transmitting the sensory impulses that are directed to the cerebral cortex and the motor impulses from the cortex to the spinal cord.

The hypothalamus is below the thalamus. This organ is very important because it regulates temperature, thirst, appetite and sleep. It also represents the bridge between the nervous system and the endocrine system, since it controls the pituitary gland, which is the endocrine master gland.

The brainstem connects the brain with the spinal cord. It is composed of the medulla oblongata, the annular protuberance and the mesencephalon. Their functions are:

The spinal cord is a tube of nerve fibers lodged within the spine and is shaped like a butterfly when cut in width.

In the spinal cord originate the spinal nerves, which are part of the peripheral nervous system. Among its functions, it stands out:

When damage to the spinal cord occurs, the information from the brain stops transmitting, which can cause loss of movement or paralysis.

The nerves that drive information to the brain or spinal cord form sensory or afferent pathways , that is, they are related to the senses and sensations.

On the other hand, the nerves that conduct information from the central nervous system to the effector organs are called motor or efferent pathways , that is, the responses of the movement.

To the brain belong 12 cranial nerves that receive information from the senses and produce the motor responses of the head and neck. The 31 spinal or spinal nerves are the nerves that originate in the spinal cord.

From the central nervous system comes the nerve impulse through the efferent nerves to produce movement.

The somatic nervous system is made up of the efferent nerves that reach the skeletal muscles. This system thus controls the muscles to produce voluntary movement.

The famous theoretical physicist Stephen Hawking (1942-2018) suffered from a disease that affected his somatic nervous system, amyotrophic lateral sclerosis or Lou-Gehrig’s disease. Because of this he could not move or speak, even though his brain was in perfect condition.

The functioning of the heart is regulated by the autonomic nervous system.

The autonomic nervous system is made up of the efferent pathways that reach the heart muscle and the smooth muscle of other internal organs. This system regulates the functioning of the heart, lungs, digestive tract and excretory system.

As its name implies, the autonomous system governs itself and is independent of conscious control. It is divided into two antagonistic or opposite systems: the sympathetic and the parasympathetic.

The sympathetic autonomous system is responsible for the effects we feel when we are in a stressful situation. The activation of this system is key to the defense against the dangers or the flight of them.

Noradrenaline and adrenaline are the neurotransmitters that stimulate these responses, which is why it is also known as an adrenergic system.

The parasympathetic autonomic system coordinates the regular functions of the body when we are calm and relaxed. In this system, the neurotransmitter in charge is acetylcholine, which is why it is also known as a cholinergic system. 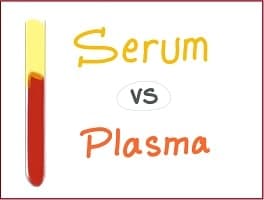