We explain that what is the difference between Autotrophic and Heterotrophic Organisms? with the examples of autotrophs and heterotrophs Organisms. In addition: Definitions and energy production in detail to easily understand.

Do you know how the beings that live on Earth nourish themselves and get energy? We know that animals get energy when they eat, but what happens, for example, with algae or other beings that do not have a mouth and a digestive system? 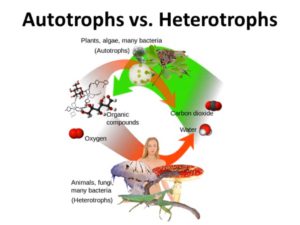 Definition Of Autotroph And Heterotroph

Before explaining the definition of autotroph and heterotroph, it is very important to know what carbon is. Carbon is the chemical element of life, it is capable of structuring itself in many ways and establishing links with a multitude of chemical elements, in addition, its low weight makes it the perfect element for life. We are all made of carbon and, in one way or another, we need to take it from the environment around us.

Both the word autotroph and heterotroph derive from the Greek. The word “autos” means “by itself”, “heteros” is “other” and “trophe” means “nutrition”. According to this etymology, we understand that an autotrophic being creates its own food and that a heterotrophic being needs another being to feed itself . 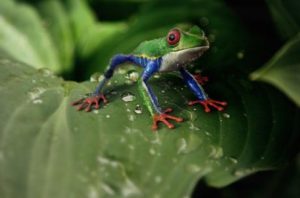 What Are Autotrophic Organisms? 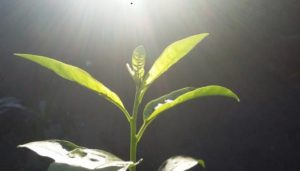 It can Serve You: What are the plants?

What Are Heterotrophic Organisms?

Heterotrophic organisms are also called consumers , since they obtain energy for their metabolic activities from the consumption of plants and producer organisms. 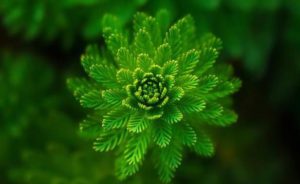 Autotrophs produce their own energy by one of two methods:

Photosynthetic beings use energy from the sun to convert water and carbon dioxide into glucose. Glucose supplies energy to plants and is used to make cellulose, which in turn is used to build cell walls. Example: plants, algae, phytoplankton and some bacteria.

Carnivorous plants use photosynthesis for energy, but depend on other organisms for nutrients such as nitrogen, potassium, and phosphorus. Therefore, these plants are autotrophic, with heterotrophic complementation.

Chemosynthetic beings use the energy from chemical reactions to produce food. Chemical reactions are normally between hydrogen sulfide or methane with oxygen. Carbon dioxide is the main carbon source for chemotrophs.

Some examples of chemosynthetic beings are: bacteria found within active volcanoes, microorganisms found in hydrothermal vents, at the bottom of the sea or in hot water sources. 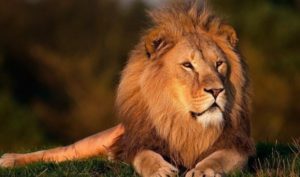 Heterotrophs survive by feeding on other organisms in the food chain, such as plants or animals. Herbivores are called primary consumers, because they feed directly from the producers. Carnivores are the secondary consumers, as they feed on herbivores.

In addition to these two main types, heterotrophic organisms can also be classified as: 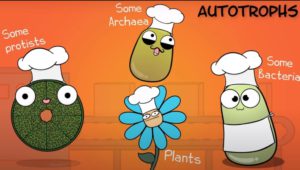 Examples Of Autotrophs And Heterotrophs

Some clear examples of autotrophic organisms are:

Plants are usually photoautotrophic organisms, with very few exceptions (such as carnivorous plants , such as the Venus flytrap that feeds on flies). Thanks to chlorophyll, it captures photons of light and produces sugars and other substances for food. Plants are usually consumed by heterotrophic animals that use these organic substances.

Green algae , such as verdigris or some seaweed, are photoautotrophic organisms. In fact, green algae come from ancient cyanobacteria, a type of green algae that began the process of turning Earth into a planet with an oxygen-rich atmosphere.

These organisms are chemoautotrophs. An example is the bacterium Acidithiobacillus ferrooxidans , which obtains energy from ferrous iron, transforming it from an insoluble to a soluble form. These types of organisms have their applications in biohydrometallurgy and mineral extraction that cannot be extracted by conventional means. 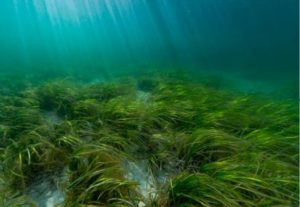 chemoautotrophs, they live in accumulations of pyrite, which is a mineral made of sulfur, on which they feed.

These organisms feed on plants, which is why they are also called primary consumers. Through this diet, they obtain, among other molecules, complex carbohydrates such as starch or cellulose. Starch is easily broken down (most animals have amylase), but cellulose (a component of plant cell walls) requires a special enzyme, cellulase, which is found specifically in the intestines of herbivorous animals or by organisms. symbiotic intestines.

Examples of herbivorous animals are cows, deer, sheep, and other ruminants or elephants. Those that feed on fruits or frugivores such as birds, bats or monkeys are also considered herbivores.

They feed on primary or herbivore consumers, or other carnivores, which is why they are also called secondary and tertiary consumers. The energy they obtain is that which flows throughout the entire food chain, starting with autotrophic organisms. This energy is used to make its biomolecules or is stored.

Examples of carnivorous organisms are the lion, snakes, or sharks. Scavengers such as vultures or cockroaches are also carnivores , since they consume meat from dead animals.

They feed on dead organic matter through decomposition and absorption . These substrates on which they feed can be very diverse, such as wood, cheese, meat or litter. Examples of decomposing organisms are some fungi or small invertebrates. The decomposers play an important role in the trophic cycles of ecosystems, because they act allowing the recycling of nutrients within ecosystems . In addition, they are important for humans economically and for food, because thanks to them we can produce certain foods that we consume. 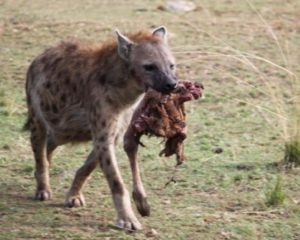 they absorb organic carbon from their environment. They are chemoheterotrophs.

These are photoheterotrophs that use non-sulfur organic acids for energy, but get carbon from organic matter.

other photoheterotrophs that require sources of organic carbon found in the soil, especially in rice crops.

A chemoheterotroph that uses lava rocks for energy, but relies on its environment for organic carbon.

Difference Between Autotrophic And Heterotrophic Organisms 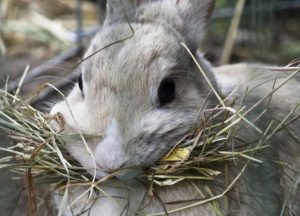 Summary Of The Difference Between Autotrophic And Heterotrophic Organisms

As a summary, you can see 3 differences between autotrophic and heterotrophic organisms that are fundamental:

What Is The Difference Between Genome And Genotype? 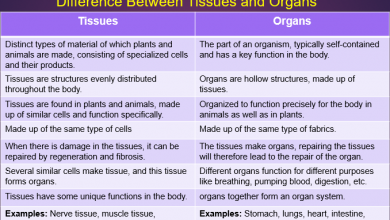 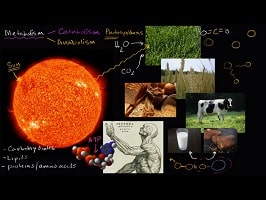