We explain what matriarchy is and what its history is. In addition, differences with patriarchy and examples.

Matriarchy is a type of society or socio – political model in which women play the central role , as political leaders, moral authorities, controlling the property and decision-makers . This term comes from the union of the words mater (Latin for “mother”) and Archein (Greek for “rule”), and should not be confused with gynecocracy, gyinarchy or gynocracy.

There is much debate about the exact meaning of the term matriarchy. Some assume that it is the reverse of the model that governs our societies since the beginning of history , which is the patriarchal , characterized by the dominion of men over women.

Others, such as anthropologist Ana Boyé, defend matriarchy as ” societies where women have a non-coercive authority and recognized by consensus.”

There are few cases of registered human societies in which power has been openly held by women . Even in the cases of queens, governors or elderly women in charge of a society, the latter is usually governed in patriarchal terms, giving power to women in the absence or on behalf of men.

What is known in our societies is matrilineage , a different concept, which designates the transmission of goods and social prestige through the maternal and not the paternal way. This is known as “the right of the womb”, since the children born to a woman are 100% theirs, while their fatherhood can always be disputed.

There is a belief in many societies that there was once a matriarchal order, prior to what was recorded in history, which was eventually overthrown by men to impose the prevailing patriarchy. However, there is no clear evidence of this.

On the other hand, there are myths of matriarchal societies such as the Selknam of Tierra del Fuego, which leads to the assumption that perhaps at some point in the history of mankind it was women who structured society. In any case, the history of civilization is mostly patriarchal .

However, during the nineteenth century many theorists, influenced by the recent contributions of Charles Darwin around the evolution and origin of the species , formulated a similar reading of human culture . Thus was born a theory that held that the initial society had constituted an initial matriarchal order , arising from the sexual promiscuity of animals.

In that hypothetical primal, women exercised the power to decide who gave offspring, but were at some point overthrown by the patriarchal order that prevails to this day. Philosophers and anthropologists such as the American Lewis Henry Morgan or the German Friedrich Engels particularly supported these theories.

This can, of course, be interpreted in many ways, but not necessarily as that sexism in society is a characteristic of human nature, much less to predict the predominance of patriarchy in the future of the species.

It is often cited as an example and singular case of matriarchy to the Minangkabau culture of Indonesia , an ethnic group that inhabits the highlands of West Sumatra. In this society, women hold the right of succession and inherit the property from mother to daughter , that is, according to the matrilineal model.

The role of men, however, is far from submission, and they often emigrate in search of experience, wealth or commercial success, which is why women control land control, for example, as well as activity agriculture . So the claim that they are really a matriarchy is to some extent moot.

Matriarchy and patriarchy are antagonistic models . Each one focuses the exercise of power on women or men respectively, that is, they organize human society in sexist terms .

The existence of a patriarchal order during most of human history has been widely demonstrated in various aspects of culture and society. However, over time, the role of women has improved their position and rights towards men, largely thanks to the struggle of the various waves of feminism.

The current place of women in patriarchal society, like many other issues, is currently a matter of discussion and debate, especially in the democratic republics of the West.

What was the "Mexican Miracle"? 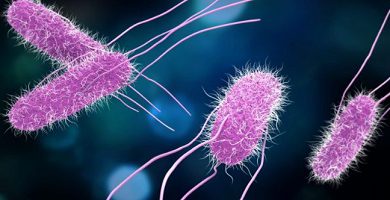