We elaborate that what is the Industrial Revolution and why it was so important. Causes, effects, and inventions that left us.

It is known as the Industrial Revolution at a time of profound and radical economic, social and technological transformations that began in eighteenth-century Europe, specifically in the Kingdom of Great Britain, and which spread throughout Europe and of the United States, ending in the mid-nineteenth and early twentieth centuries.

The changes brought about at this time were so radical that they can only be compared with those experienced by humanity in the Neolithic, and can be summarized in the abandonment of an agrarian model of commerce , work and society , in pursuit of an urban, mechanized and industrialized.

The cornerstone of this revolution was technology , specifically the appearance of the railroad and subsequently of electricity , which modernized labor and agricultural techniques based until then on manual labor and beasts of burden, respectively. This impacted the gross domestic product of nations and represented a sustained growth of wealth and a permanent change in the way of life of the great masses as never before. 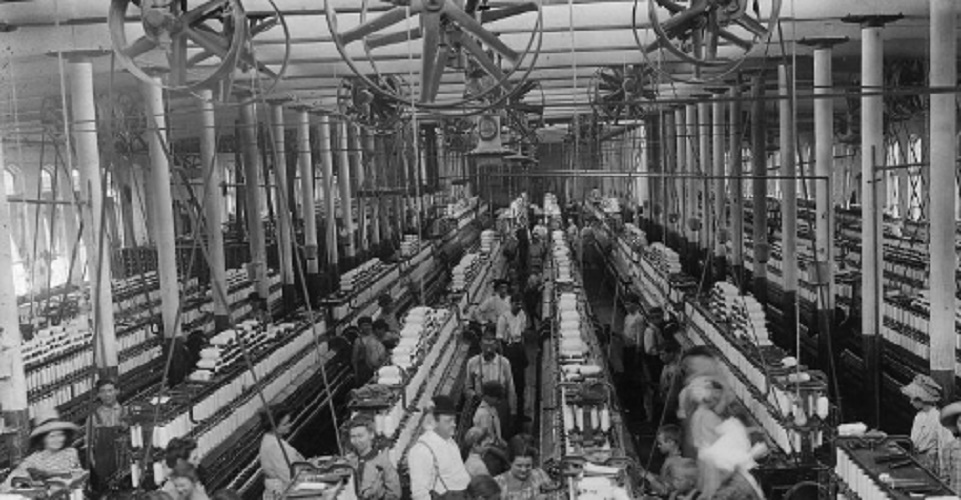 The antecedents of the Industrial Revolution had to do with the Renaissance of European culture after the Middle Ages and its entry into the Modern Era , which represented a new valuation of science and knowledge, already free of the yoke of faith, centered rather in human reason (consequence in turn of the Scientific Revolution of the 17th century).

Another vital trigger was capitalism , which had already begun to be established thanks to the Bourgeois Revolutions and the abandonment of the Old Regime. The liberal thought, which prevailed in the nations of non-absolutist monarchies, in the hands of the spirit of Protestantism and the need to produce their own consumer goods , given the decrease in imports caused by the Napoleonic Wars and the American Independence Wars , led to a necessary alliance between farmers and merchants, which would cause a demographic boom and the availability of new labor.

The consequences of the Industrial Revolution were tremendous and irreversible in the history of mankind. Among them we can list the following:

Some of the most important inventions that took place during the Industrial Revolution were:

The Second Industrial Revolution occurred between 1850 and 1914 , and involved the development of great and revolutionary inventions in the field of transport (combustion engines, airplanes) and telecommunications (telegraph, telephone, radio). Its impact was even greater than that of the First Industrial Revolution and forever changed the models of work, education and citizen coexistence.

In addition, it led to a so-called first globalization , in which the economy internationalized and expanded its influence over the territories not reached in the previous explosion.