We explain what bacteria are, the types that exist and how is their structure. In addition, some examples and their differences with the virus.

A domain of prokaryotic microorganisms (devoid of cell nucleus ) of various possible shapes and sizes is called bacteria , which together with the archaea, constitute the most primitive and most abundant living beings on planet Earth , adapted to virtually all conditions and habitats, including the parasitic Some may even subsist in hostile conditions, such as outer space.

Bacteria are immediate descendants of the first unicellular life forms on the planet, arising in conditions very different from the current ones about 4,000 million years ago. It is unknown if these beings were more similar to archaea or bacteria, but they are known to be their common ancestor.

However, bacteria have been implicated, perhaps due to their abundance, in most cellular evolutionary leaps , such as the origin of mitochondria (in eukaryotic cells) or chloroplasts (in plant cells ), by processes of endosymbiosis

Likewise, these living beings have relations with practically all the life forms of the planet , either of commensalism (such as bacteria that proliferate on the skin), mutualism (such as those that collaborate with the breakdown of food in the intestine) or of parasitism (as the cause of infections and diseases). To combat the latter, the human being created the antibiotics.

On the other hand, bacterial life is indispensable in the processes of decomposition of organic matter, necessary for the recycling of elements such as carbon or nitrogen, and constitute the floor of microscopic trophic chains in various environments.

Bacteria  reproduce with speed and by asexual procedures , which consist of the replication of the progenitor cell in two exactly the same as it ( mitosis or binary fission). It is estimated that, in an auspicious environment, a bacterium is divided in two in just 15-20 or 20-30 minutes, depending on the species.

Bacteria are studied by bacteriology, a branch of microbiology . This discipline has classified them according to various criteria, such as their form or their response to staining. In that sense, we can talk about:

There are other classifications, which take into account the habitat, its cellular metabolism or its biochemical components.

The unicellular bacterial structure is usually quite simple, with no cell nucleus and almost no defined organelles , but with a nucleoid (irregular region where the circular DNA of prokaryotes is found), a peptidoglycan cell wall that lines the cell outside the membrane plasma  and frequently pili or flagella to move (in case they are mobile).

Scattered in the bacterial cytoplasm there are usually plasmids (small non-chromosomal DNA molecules), vacuoles (reservoirs of reserve substances) and ribosomes (for protein synthesis). Some bacteria have prokaryotic compartments , primitive organelles surrounded by membranes, intended for specific biochemical work within the cell, depending on their metabolism.

Some of the best known bacteria are:

Viruses and bacteria are extremely different , even though they are the most known and common infectious forms for humans.

The main difference has to do with its structure and size : while the bacteria are unicellular organisms whose size ranges between 0.5 and 5 micrometers in length, the viruses are much simpler and elementary acellular beings, unable to reproduce if they are not infecting others. cells that act as a viral replica factory, after being inoculated with the invading viral DNA.

Consider that viruses do not even know if they are really alive , from the primitive nature of their existence, that it is not much more than a simple molecule of DNA or RNA wrapped in a layer of proteins . For this reason antibiotics have no effect on viruses, but on bacteria; while antivirals or retrovirals are exclusively used to fight virus infections. 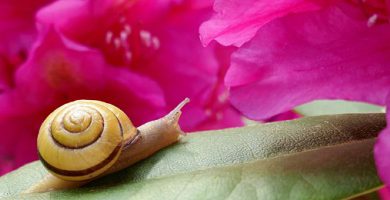