We explain what are the factors of production, what they are for and what are the main characteristics of each.

In economics , inputs and resources, both human and other, are known as factors of production, on whose availability and correct management depends the generation of wealth in any economic system. That is to say, the “entrances” of any productive process are called , without which an “exit” cannot be obtained: the satisfaction of the needs of goods and services of the human being.

Production factors are especially understood as those inputs whose abundance is not absolute , such as certain natural resources ( atmospheric air , for example). And in general, four big factors are always considered in every productive process: land, labor, capital and organization / knowledge.

As will be understood, these factors depend, in principle, on production, and therefore also the income and expenditure of any human enterprise . However, it is possible that these four factors vary in their specific meaning as the world changes and our industrial and consumption processes as well. Thus, for example, the “land” factor was vital in an agricultural consideration of the world and represented exactly that: land tenure for sowing; something that has had to be resigned after the advent of industrial society.

The current understanding of the need for land is given in a broader sense than simply owning land . The latter is particularly valid for agricultural production, but in the case of industrial or post-industrial production models it refers rather to the resources found in the earth’s crust, and that can be of mineral, organic, biological, etc. .

That is, from petroleum , different minerals, wood from forests or fruits grown in a field are considered part of the land factor, and are usually considered the basic elementary factor, the primary material input, from which it is given The process of changes that is production.

This, of course, will depend on the economic activity to which we refer . For example, a software company will not require any type of land, beyond the physical space in which it seats its offices. Instead, a real estate company will consider land as its sole and primary input.

In particular, non-renewable resources (such as fossil fuels ) have a very aggressive market in their competition , and countries that have these resources in abundance tend to be favored in their terms of trade. The payment to the land factor is the one that must be paid for the use of natural resources .

Work refers to the various efforts that an individual faces to bring a product or service to the consumer market , which may well occur in many ways. It is the work of production itself in which, for example, a farmer grows certain fruits; but also the collection and conduction of these fruits to the place where they are processed, and from there to the industry that converts them into food . The same goes for the person in charge of distributing these foods, and selling them to potential buyers. Services are also work, so that a company in this sector offers its customers , essentially, a specialized type of work.

In the capitalist system, workers are rewarded for this labor effort with a salary , calculated based on the hours of work performed and the level of professionalization or specialization that such work represents. To the workers highly qualified they are known as human capital and its generation in a country or society it is what motivates the existence of an educational system, especially oriented practical knowledge.

For equity it is typically understood money, that is, to the monetary and financial resources that allow putting in motion a production process , either endowing their basic inputs or serving for paying their workers.

However, money is not directly involved in the production of a good or a service, so capital is usually understood as the acquisition of the essential material resources for production to occur . For example, a tractor is necessary for agricultural production , as well as desks and computers for the production of a software company.

Similarly, there is talk of human capital to refer to the quantity and quality of the workers of an organization , as well as the money that it invests in its education and professional improvement, to enjoy a better and more valuable workforce .

These types of resources are known as investment and they are deducted from the income produced by the company to distinguish between the capital required for the continuation of the process or even for its expansion, of the profits thrown by the productive process.

This last factor refers to the production methodology used, that is, the way in which the other factors are coordinated and orchestrated for sustained and profitable production. It is useless to have capital and land if you do not have the specific knowledge to sow , or if it is sown in such a way that inputs are wasted and profitability is minimal. 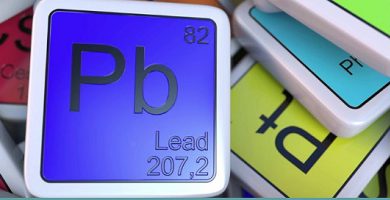 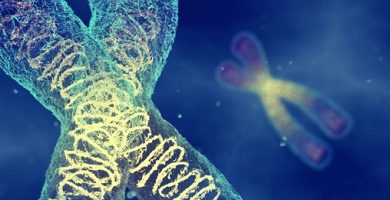 What is the chromosomal theory of inheritance And Mendel’s Laws?