We explain what Maximato was in Mexico, its background, and its consequences. Also, who was Plutarco Elías Calles.

Maximato is known as the historical and political period of Mexico between 1928 and 1934. It began with the interim government of Emilio Portes Gil and ended when Lázaro Cárdenas assumed the presidency. Its name is due to the political influence exerted by Plutarco Elías Calles (1877-1945), a politician and military with the informal title of “Chief of the Revolution.”

Plutarco Elías Calles was a central figure in post-revolutionary Mexican political history, from his formal presidential term between 1924 and 1928. He also had a huge influence on puppet governments after Álvaro Obregón’s death in 1928.

In this political period, a single state party was created: the National Revolutionary Party or PNR, under the slogan that whoever wanted the presidential chair, “to be formed”, as Calles himself said, who imposed the rules of the game moment.

Thus, Maximato is remembered as the government of “a strong man” and as the last of the Mexican caudillista governments. It was also, paradoxically, a period in which the revolutionary impulse of social change began to diminish and diminish, partly due to the world economic crisis of 1929 (known as “The Great Depression”).

However, the modernizing and institutionalizing effects of this period were an important inheritance for Mexico.

After the revolution, Mexico debated between various political trends, each with “strong men” of local politics pulling the threads. The most important of them was Álvaro Obregón, a soldier who had participated in the Civil War and was elected president for the period from 1920 to 1924.

As reelection was not possible, as successor he managed to make his dolphin, Plutarco Elías Calles, who ruled between 1924 and 1928. In his government modern national initiatives proliferated: the Bank of Mexico was created, the road network was expanded, the first national airline was created, the Veterinary Medical School and numerous rural schools were founded.

On the other hand, the tensions between the State and the church gave rise to the Cristero War of 1927. Former President Obregón had an enormous influence on the Mexican policies of Calles and promoted a modification of the national constitution to allow for reelection. Thus, Álvaro Obregón was reelected in 1928 but failed to assume, as he was killed in July of that year.

Thus, the interim government Emilio Portes Gil (1928-1930), in which Calles was a key actor, even chose to choose the members of his cabinet.

That was the formal start to Maximato, during which they also ruled Pascual Ortiz Rubio (1930-1932), who resigned from office, and Abelardo Rodríguez (1932-1034) as interim president, both governments being subject to the will of Calles as well.

Maximato was an important industrializing and modernizing force in the country. He openly confronted the privileges of the Catholic Church and proceeded to land distribution, reform land, and the interconnection of the various corners of Mexico through the road network.

Despite its tendency to centralize power in Calles and the PNR, Maximato bequeathed new institutions to the Republic that put an end to the traditional leader. He left as inheritance a more urban society, more secular, and more actively involved in national politics.

Maximato ended in 1934 with the election of Lázaro Cárdenas for the office of president. The new government was less manipulable by Calles, who at that time lay sick of the gallbladder and had to be operated in the United States.

This trend was formalized in 1935, when Cárdenas requested the resignation of the entire cabinet of Callista affiliation, in a climate of labor confrontations and division in parliament. Finally, Calles was expelled from the country by Cárdenas in 1936, beginning an exile in the United States that lasted until 1941, thus taking away all political influence in the country. 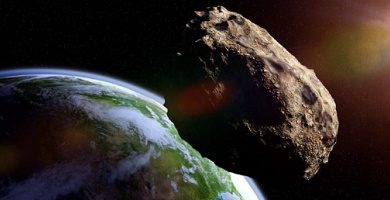 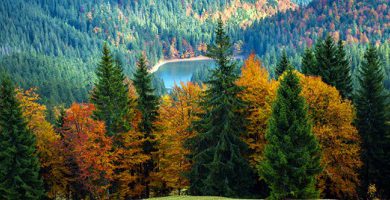