We explain what Dadaism is, what is the historical context and the characteristics of this movement. Authors, representatives and works.

Dadaism is understood as a movement given or simply given to an artistic-cultural movement that emerged in Switzerland in the early twentieth century with the express intention of rebelling against the literary and artistic conventions that it considered bourgeois, and the positivist philosophy that accompanied them and his idea of ​​reason. This movement then extended to the fields of sculpture , painting and even music, becoming its manifestations as art dada.

The term Dadaism comes from the word “Dada”, invented by its founders, in which they summed up the philosophy of the movement: the commitment to the absurd, to the nonsense and to the opposition to everything that referred to a rationalist perspective of life . In that sense, the Dada movement was considered as an “anti-art” or an anti-aesthetic movement , for which gestures and acts were very frequent, as well as the works themselves. That is to say, it was a movement with a spirit of denial, to oppose it and provoke the established order.

Dadaism arose in Europe, but had many adherents in the United States and other parts of the globe . Its origin is assumed in Switzerland in 1916, at the Cabaret Voltaire in Zurich, and as its founder Hugo Ball, although the most iconic writer of the movement was the Romanian Tristan Tzara, who subsequently joined it. Perhaps that is why it was initially presented as more than an aesthetic movement: as a way of life, and a constant questioning of the existence of art and poetry , so that in the end it even questions itself.

This movement embodied the disenchantment and desire for change in the Europe of the First World War , and in fact its founders became known as refugees from the conflict . To this it is necessary to add the passivity and social apathy of the interwar society , attacked by the Dada artists through a combative and renewing spirit.

Dadaism opposes the idea of ​​an eternal beauty , the laws of logic and the immobility of thought , and sowed the seeds of the constant questioning of modern art regarding what is or is not art, poetry or beauty .

Dadaism was provocative, scandalous, and defended chaos and imperfection against its contrary values . His first writings consisted of chains of letters and words to which it was complex to find an obvious logic, or in which the fanciful, the doubtful, the death , and the mixture predominated , which would later take shape under the technique of collage or use of unusual materials in the plastic arts .

This spirit was summed up in his name and in the word “dada,” whose meaning is not clear at all but that, in principle, would have occurred to Tristan Tzara in 1916, who would have been excited by his resemblance to the babble of children. They are just beginning to speak, or it is even suggested that they would have opened a dictionary on a random page and chosen the strangest term, which turned out to be “dada,” a term used in French for a certain type of workhorse . In any case, this was irrelevant to the Dadaists, as will be understood, given their appreciation for nonsense and provocation.

The Dada movement entered more than anything in poetry and the plastic arts, being of these disciplines its most famous works. Some of them are:

And then some Dadaist poems: 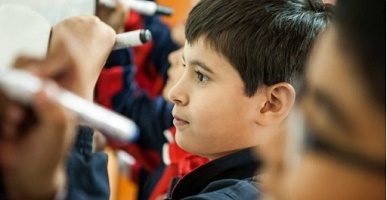 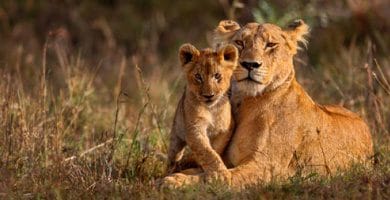