Tasks of the Adolescent

Finally, the adolescent must fulfill a series of tasks at this stage, various lists of which have been described.

In general and grouping them into the same development aspects described above, they are expected to achieve:

At the beginning of adolescence, the most noticeable are the physical changes that occur, ending this with greater psychosocial development. The events described for bodily, brain, sexual, emotional and social development respond in some way to a logical sequence of advancement. Some social science professionals recognize that due to the significant psychological and social growth that occurs in these years, it makes more sense to consider the adolescent years as a series of stages and not as a uniform stage. Some of the characteristics of adolescence are shown below, according to the classification of the stages of adolescence prepared by PAHO.

Middle adolescence, from 14 to 16 years old

Specific aspects of the adolescent

When describing adolescents in terms of the general characteristics of each area of ​​development, some specific factors that make differences should be considered, some of which are briefly mentioned below ((5,6)):

Adolescents in large cities have more alternatives to choose different habits, behaviors or systems of life. The inhabitants of rural sectors have restricted possibilities, and therefore, more predictable behaviors and probably with less foreign influence, since they develop more attached to the customs of their community. On the other hand, at the rural level, there are fewer real possibilities of access to educational development and health support networks, as well as in other areas.

Access to different educational, social and economic alternatives conditions the behaviors of adolescents. It is described that in the low socioeconomic level, the limitations for good nutrition and the greater exposure to diseases affect adolescent development. It is worth asking whether adolescence exists or not in these young people, since in many cases they must assume responsibility and adult behavior early in order to contribute to the family income. The possibility of accessing educational activities to qualify for the development of a trade and profession are restricted at the most underprivileged socio-economic level, as well as at the rural level.

Each culture with its customs and heritages determines in some way how this stage takes place, differences that must be respected. The fact is known that in some primitive cultures only one ceremony was enough to go from child to adult. In some developed countries adolescents no longer live at home and in ours, until now in general, they leave home only when forming a new family.

General characteristics of the BIO-PSYCHO-SOCIAL Development of adolescence

It must be considered that the 3 aspects are closely related to each other, so that when a specific area is affected there is a direct impact on the others.

Puberty: physical changes and their problems

It refers to the aspects discussed in the Puberty chapter, so the biological aspects will not be discussed. However, we must consider that some situations may arise that may affect the adolescent.

This is how adolescence is the second stage of life where it grows back as much as it did after birth. There is an accelerated but disproportionate growth, first the nose, the limbs and finally the trunk grows. A growth with these characteristics produces clumsiness and ungainlyness. Adolescents, who come from a stage of great coarse coordination such as childhood, are now unable to control their limbs: they may drop things or collide with different objects as they pass, they tend to stoop, curving their spine and look for comfortable positions for this body that weighs you down and that you still don’t control well.

On the other hand, this developing organism manifests a need to release energy, which can lead to excessive activity, which alternates with asthenia (laziness, fatigue). Thus, in a seemingly inexplicable way, there are days when they are in constant motion and others when they wake up tired “of doing nothing”, of growing up. It is not uncommon for this need to release energy to become a problem, since many times they choose risky activities for it, remembering that the first cause of death in this age group is accidents and violence.

Aspects of the psychological development of adolescents will be mentioned in general lines, which are described in greater detail in another chapter of this course. They will not be analyzed under any particular psychological approach, rather it will describe what is perceived in adolescents, which is what helps in practice for their greater understanding.

In adolescents there is an unstable image of themselves, usually negative, they are not happy as they are and they may feel of little value. They become impulsive, first they act and then they think. Many times they regret what they said, especially when hurting another person (usually the parents).

They have a great spirit of opposition. They oppose the proposals of the parents, which is understood in the context of the search for their own identity, striking hard against the adult image that they have closer to and from which they have to separate.

Other characteristics that may occur are emotional lability or sudden mood swings (suddenly they cry and claim “that in this house no one understands me”); also omnipotence (they believe that they know everything and that they can do everything) and finally egocentricity (the world revolves around them and their needs and they feel that everyone is worried about him or her).

There is a feeling of loneliness that repeats itself. They feel unique and special and there is no one capable of understanding what happens to him or her. Then there is the need for a close friend (a pair), who in the younger adolescent is almost always of the same sex, the only person capable of listening, understanding and from whom they could accept advice.

The older adolescent is emotionally more stable, sudden mood swings disappear, and he is more predictable. They become more outgoing, they spontaneously tell about their experiences and it is not necessary to ask them where did you go? Who were you with? To find out about their activities. They overcome loneliness with the desire to transcend, which is the desire to live for something or someone, to do something positive for society. They are then grouped according to affinities, in a group of peers with similar political, religious, ecological or philosophical concerns.

Later, when advancing in this stage, there is disorientation and anguish in front of the big decisions, as in front of the vocational decision (higher studies) and also in relation to the choice of a partner (they wonder how to know when they are really in love).

From the intellectual point of view, the most important thing that happens is the change in the type of thinking. The capacity for abstraction appears, the handling of more complex concepts, logical analysis and criticism of the information provided. This change from concrete to abstract or hypothetical-deductive thinking of the adult, occurs from the age of 11. In practice this manifests itself in starting to consider different possibilities and analyze them at the same time. They are also in a position to judge and criticize the acts and values ​​of adults, vehemently defending their positions. They demand acceptable reasons and arguments in front of each demand or position of the adults.

This is a fundamental change in the individual, which not even himself many times perceives and which is responsible for the critical confrontation with the world that adults represent and for which he is preparing to enter.

The most important thing that happens to the adolescent, from the social point of view, is the intensity that the relationship with their peer group acquires. This group of belonging, which uses a language, dress and adornments different from those of adults, is essential to affirm its image and to acquire the security and social skills necessary for the future.

There is also a critical review of the ethical and religious values ​​learned in the family or at school. This is a necessary revision, to be able to incorporate these values ​​as your own and not imposed by others.

Adolescents have a great sense of justice, they defend it both individually and in the events that affect humanity. They accept punishment if they think it was deserved; but if they believe that it has been something unfair, they are provoked a rebellion capable of not stopping until the previous error is corrected. In such a case, the image of the adult who exercises authority gradually loses respect and credibility.

The family group falls into the conflict between rejection and dependence. The adolescent would like to be more independent, but family bonding, especially emotionally, is very important.

You should not make the mistake of starting a competition, between family and a group of friends. Both the family and the latter are essential for adolescent development. The family for unconditional emotional support throughout life and friends, as already mentioned, for the acquisition of social skills that allow them to properly incorporate themselves into the external world, the family being a protective system that does not provide sufficient knowledge in this ambit.

Finally, the discussion between rights and duties acquires significant importance. As they grow, obligations are acquired and the acquisition of new rights is not perceived; This means that growing up is often lived with little enthusiasm. They complain that adults are ambivalent in their dealings with them, illustrating it with the phrase: “you are old enough to understand this, but still too young to do this”.

As the definition that the WHO proposes, adolescence should always be considered comprehensively, considering the three main aspects of development: biological, psychological and social ((1)). From this definition it follows that the age of onset of adolescence is relatively easy to determine in each individual (beginning of the development of secondary sexual characteristics), but the age at term is highly variable from one individual to another (achievement of relative independence economic). Then, the criterion for setting the end of this stage should not be a chronological criterion, but rather the achievement of the aforementioned processes.

Life Cycles In Biology
2 weeks ago

Plant Based Foods And Diet Examples

Plant Based Foods And Diet Examples

HCPCS vs CPT in tabular form with definition

Causes for hepatitis B with Symptoms and Types

Hypoglycemia: When Your Blood Sugar Gets Too Low 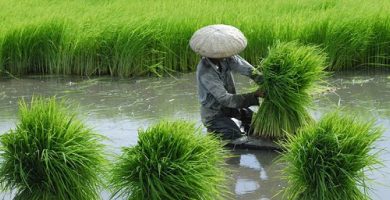 What is the Asian mode of production? Meaning And Concept

The Psychological Effects of Too Much Testing | Excessive Psychology Tests

Best Cheap Fidget Toys Pack for Anxiety for Kids All