We explain everything about the Aztec culture. Location of your empire, political, social, military organization and other characteristics.

It is known as the Aztecs, Tenochcas or Mexica to one of the best known Mesoamerican peoples of the pre-Columbian era. They were the founders of the largest and most powerful political-territorial entity in the region until the arrival of the Spanish conquerors in the fifteenth century: the Aztec Empire, located in the central-southern region of the current Mexican territory.

The Aztec Empire emerged in just 200 years, ruled and colonized the central Mesoamerican region in a triple alliance between the towns of Texcoco (acolhuas), Tlacopan (tepanecas) and Mexico-Tenochtitlán. In fact, Tenochtitlan was the capital of the entire Empire .

Each of these populations was a different altépetl , that is, an organized political, social and religious instance. As a whole they formed the same State that invaded, enslaved and controlled the neighboring towns, imposing, among other things, their language (Nahuatl) and their religion (the cult of the solar god and warrior Huitzilopochtli).

Therefore, once the conquering armies arrived in the fifteenth century, it was very easy to convince rival populations to ally with Europeans in the war against the Aztecs. This was the decision of both Tlaxcaltecas and Totonacs, despite the fact that they later shared the destiny of submission and extermination that ended the Mexican culture.

It is estimated that, by the time of its fall, the Aztec Empire had about 22 million people and a population density of 72.3 inhabitants per square kilometer (along 304,325 kilometers of surface).

The Mexica came from a Mesoamerican nomadic tribe that settled around the year 1325 in Mexico-Tenochtitlán , in the center of the current territory of Mexico, where Mexico City is currently the capital of the country.

From there they expanded outward, took over the current states of Mexico, Veracruz, Puebla, Oaxaca, Guerrero, Chiapas (the coast), Hidalgo and part of the current territory of Guatemala . In that region they had different ecosystems , different climatic regions and therefore different natural resources to take advantage of.

Thus, at the beginning of the 16th century, the Aztecs, ruled by Moctezuma II, exercised imperial control of the region and converted Nahuatl into lingua franca in virtually all of Mesoamerica.

The Aztecs were a fundamentally warrior and religious people, whose main patron was the god Sun, Huitzilopochtli. In his name they made human sacrifices, with the warriors of the conquered ethnic groups , to which they also imposed a tax system that centralized as much wealth as possible in Tenochtitlan.

His warlike character was reflected in his clothes , adorned with feathers and other ornaments that also showed the hierarchy of the individual within society. They dominated a type of pre-Hispanic metallurgy based on bronze, gold, silver and obsidian, with which they made ornaments and weapons for war.

They also had a pictographic writing that fulfilled documentation purposes, a metric system of their own with which they developed numerous architectural works , and an astronomical system based on the observation of the Sun, the Moon and Venus.

His empire inherited cultural tendencies from previous cultures , such as the Teotihuacans . In fact, they made Teotihuacán, already abandoned and in ruins, a place of religious pilgrimage in which to carry out human rites and offerings: men to the sun god, women to the moon goddess.

The Mexican society was divided into twenty clans or calpullis , linked by kinship, territorial division and religious practice, the latter inseparable from the art of war . Each clan had an authority or calpullec , an assigned territory and its own temple. It included people from the three social classes :

In each altépetl  local and administrative justice was exercised through institutions designated for it. On the other hand, irresolvable problems could be raised in judicial courts in Mexico-Tenochtitlán and Texcoco.

There, justice was imparted in the royal palace itself by the authorities. However, among the plain people it was taught by a tecutli or judge of popular election, who was in office for a year.

Above the tecutli was a court of three life judges, appointed by the adviser in charge of the executive or cihuacóatl , who served as advisor to the maximum political authority of the Empire, the huey-tlatoani . The latter was elected, in turn, from among the nobility of the clans of society, by a council composed of representatives of each clan.

The Aztec economy was, especially during the imperial heyday, extremely prosperous. Particularly because the dominance of neighboring towns provided the opportunity for cheap and abundant labor .

In addition, the cultivation of the lands was assigned to the clans or calpulli , distributing the production between the State, the priests, the families of the clan and their chief. Thanks to its advanced agricultural techniques , the waters of Lake Texcoco were used through a cultivation system called chinampas, which used the mud of the lake as fertilizer and could be sown several times a year.

In addition, they learned about trade , mainly bartering, as well as slave trade, and the mining industries (especially obsidian for making tools and weapons) and textiles (using cotton and magüey fibers).

Like other Mesoamerican tribes, the Mexicans possessed a worldview resulting from the inheritance and hybridization of previous cultures , organized around the worship of a solar god . However, it is possible and frequent to find evidence of the worship of Toltec gods such as Tláloc, Tezcatlipoca or Quetzalcóatl.

Even as the Empire grew new deities were revered . This was because new populations were assimilated and the Mexican pantheon expanded. For this, their mythological stories were linked to those of the existing gods.

This resulted in a religion full of intricate and complex stories of kinship among the gods , the result of syncretism between civilizations. However, as the Empire was established, a certain monistic conception of the divine emerged, abandoning traditional polytheism. In this, scholars do not reach a definitive consensus.

In any case, the religion of the Aztecs was a central element in their culture . Offering rites to the gods and human sacrifices (usually of prisoners of war) were common and important in the consolidation of military castes.

The Aztecs possessed a formidable military organization, which guaranteed them the dominance of the region during their imperial stage. They had the intelligence work of merchants and merchants, who provided key information prior to the invasions, which generally lasted until their enemies yielded to vassalage.

It is also possible (although it has not been proven) that marriage also granted them the possibility of assimilating noble castes particularly resistant to vassalage to the Empire.

The Mexican army was made up of numerous commoners ( yaoquizqueh ), with only a basic military instruction, and a smaller but considerable number of professional warriors from the nobility , organized in different warrior societies, according to their performances and their warlike tradition.

War was fundamental in the Aztec way of life. For example, it was the only social ascent factor for commoners , so men received military instruction from an early age.

His favorite weapons of combat were obsidian swords ( macuahuitls ), spears ( tepoztopillis ) and shields ( chimallis ). It is said that Moctezuma had a luxurious armory whose instruments were adorned with precious stones. 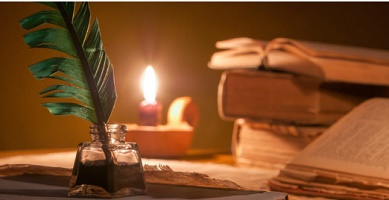 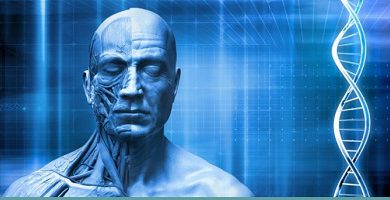