We explain what syllables are, what are tonic and unstressed syllables. Simple, compound, free, locked syllables and examples.

Phonological units are called syllables into which any word is divided , according to the minimum grouping of its articulated sounds , which generally means the union of a vowel and one or more consonants. Said in simpler terms, it is the sound fragments in which we can divide a word, respecting the logic of its pronunciation.

All words are composed of syllables, from the longest to those with only one, and each syllable also has a nucleus, which in Spanish is always the vowel, since its sound receives a greater emphasis on pronunciation. For example, in the syllables “man-“, “-cha-” and “da”, the vowel a would be the nucleus of each one . According to the number of syllables in a word, we can classify them into monosyllables (1), bisylables (2), trisyllables (3), tetrasyllables (4) and polysyllables (5 or more).

Also, syllables can be classified in different ways, some of which we will detail later. This distinction may seem scholarly, but in some languages ​​it is fundamental given its syllabic nature, such as Japanese : each sign of its writing does not represent a simple sound, as in Spanish, but the sound of a complete syllable.

In addition, the correct syllabic division of a word allows us to interrupt it when we run out of writing space in a line, continuing it below without affecting the understanding of the word.

Within the same word, the syllables are pronounced with very different intonation . Some receive a regular, similar intonation, while only one has a greater, more intense intonation, becoming the sound center of the word. The latter is known as a tonic syllable: the syllable on which the prosodic accent falls (not necessarily the spelling accent, that is, the writing) and is pronounced more strongly than the rest (called then unstressed syllables).

The tonic syllables are also considered as the core of the word, and depending on its location, we can distinguish four types of words in Spanish:

Depending on the number of letters involved in the same syllable, we can know the complexity or simplicity of their joint sound, and classify them according to this criterion. Thus, the simple syllables, with only two letters, a vowel and a consonant, will be simple syllables: “ma-má”, “ta-za”, “bo-te”, “lo-mo”, “ca-sa” ; while complex syllables, with more than two letters in the same voice broadcast, will be composed syllables: “pas-tar”, “cro-tos”, “plan-cha”, “bru-jas”, “gra-tis “, “joke”.

Also known as open and closed syllables, they are distinguished from the presence of a syllabic coda . Thus, free syllables lack coda and locked syllables present it.

Now, a syllabic coda is nothing more than a type of consonant syllable termination , since its nucleus generally must be a syllable or a diphthong. That is, if the syllable ends in a consonant, it will be considered closed or locked, as is the case of “cor-“, “pa-“, “sen-“, “tris-“, “-tar”, “-bir “, Etc., since said consonant constitutes a syllabic coda. On the contrary, if the syllable ends in a vowel, it will lack coda and will be considered open, as is the case of “-to”, “-pá”, “-da”, “-te”, “re-“, ” su- ”, etc.

Here are several examples of words separated into syllables (the tonic syllable is underlined): 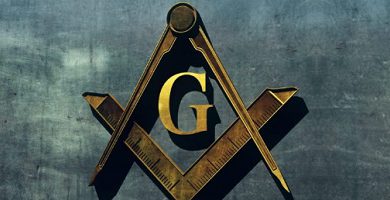