We explain what development is, what are the types of developments that exist and some of its main characteristics.

The term development has different meanings according to the areas of knowledge that interest us . For example, in biology , it is used to refer to the process of growth and maturation of a living being , especially to the stage that involves sexual maturation. On the other hand, in the social sciences , there is talk of development to refer to the change in the productive conditions of a society , which brings about an improvement in the living conditions for citizens.

In the latter case, it is a complex concept, which is defined and evaluated according to very different criteria , such as access to education , crime reduction, access to goods and services , etc. In that sense, the purpose of any type of State policies , in principle, aims to achieve the highest degree of development in the different areas of life: economic, social, organizational, etc.

Human development is understood as the degree of satisfaction of basic human needs and respect for fundamental human rights , which a given society has achieved. That is, it is an indicator of the quality of life that citizens of a given country or region possess, based on their ability to participate actively and effectively in the construction of a prosperous society in material and spiritual terms.

The most important of the organizations responsible for measuring and studying human development in the world is the United Nations Development Program (UNDP), which defines it as “the process of expanding the capacities of people who expand their options and opportunities ” , which takes into account simpler variants such as economic development, social development and sustainable development. This organization , attached to the UN , is responsible for preparing the Human Development Index (HDI) with which the different qualities of life between the countries of the world are measured and compared.

When talking about social development, reference is made to the improvement of the conditions of human capital and the social capital of a given society, that is, the increase in their well-being and in their conditions of production and life. A society with a higher social development index will have individuals with greater potential in labor matters, with greater capacities for the consumption of goods and services, as well as satisfaction of their specific needs, so that this concept is also linked to the economic development of said society.

However, what distinguishes social development from purely economic has to do with the political, social and technological aspects of a society, which are usually so interrelated that it is difficult to study them separately. Thus, investment in education, in access to technologies and in political stability and access to participation and social organization, are fundamental elements to guarantee a population their social development.

Economic development is, compared to the previous examples, simpler to define. It is about the ability of a country to generate wealth , with it to maintain the social and human welfare of its population. There are doctrines dedicated to the study of economic development, known as Development Economics, and that define economic growth as the most important factor for the economic development of any society. The latter is defined, in turn, as the notable increase in income and therefore in the consumption capacity of the members of society.

There are several ways to achieve economic development, generally linked to the type of majority economic activity in the country and the operation of its financial circuit, that is, the production and investment of wealth. Economically developed countries usually have favorable trade balances (they export more than they import) and therefore are more independent of market fluctuations, when they are not the ones who precisely regulate it.

On the other hand, economically underdeveloped countries tend to rely heavily on the importation of goods and services, have weak and unstable economies , which fluctuate according to the market and place them in a situation of subalternity with respect to the rest of the world.

Also called sustainable development or enduring development, these are the forms of alternative socio-economic development , that is, different from the traditional model, since they contemplate the needs of the environment and the responsibility of the species with respect to future generations.

This concept emerged at the end of the twentieth century , when the evidence of environmental deterioration became evident as a result of the emergence of industrial society and the indiscriminate exploitation of natural resources , such as the loss of biodiversity , soil impoverishment and global warming , among others.

In addition, sustainable development attempts to defend human social and spiritual values that are considered key, such as democracy , peace , equality and respect for human rights.

Organizational development is a concept that belongs to the field of administration . This is the study of the functioning, improvement and effectiveness of human relations within a given organization , emphasizing human capital and the dynamization of processes from the institutional framework . Thanks to this, the quality of work life of those who are part of the organization can be determined , strategic change decisions can be made , and the organizational model of a company , institution or human group can be evaluated. 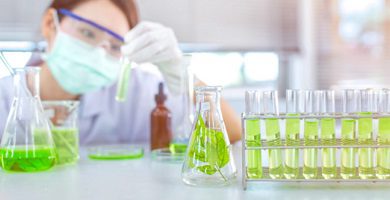