Corruption refers, in the first instance, to something that has been spoiled, which passes into a state of rot or perversion , altering the basic properties and becoming much more murky and negative.

The term comes from the combination of two Latin words: break and heart . That metaphorical sense precisely means the loss of the essence of an object or value.

There are two main meanings of the term: one refers to the rotting of something, while the other assumes a more symbolic form, to refer to human relationships, especially power relations .

First, an organism after its death begins a degradation process . It is a decomposition (with substances that swell, then dry and rot), whereby the bodies slowly transform into less complex and simpler forms.

In literature and linguistics, a situation that can occur when a word is used differently from the one established by its definition is also called corruption , a phenomenon of linguistic corruption is occurring. It also happens if in any written work, from a translation, correction or writing, an alteration appears with respect to the original version.

In computer science , it is known that data storage is not an infallible act, and if the bits alter the presentation of the data (something that can happen due to virus attack, operating system malfunction , or simply because of a bad transmission of data), is considered to be a corrupt file .

When talking about cases of corruption of minors, it is because there is an adult who, abusing a defenseless situation, subjects a minor to activities such as prostitution, which can disturb him psychologically in a very serious way, thus corrupting his Personality and psychological development.

In politics , the concept of corruption refers to the act of abuse of power to take advantage, generally economic , that does not respond to the functions assigned by that power. This is the relationship with the etymological spirit of the term: in politics, power must have a philosophical foundation for the search of the common good , and the violation of that for pursuing individual interests is one of the acts par excellence of treason, and Therefore, of corruption.

But specifically, what do we talk about when we mention acts of corruption? Here are some examples:

Corruption appears in both public and private functions and has more than negative consequences for most organizations that do not know how to fight it: it favors the reproduction of bureaucracies, limits the credibility of governments , reduces resources for honest work. and naturalizes these facts, which greatly harm those who with their money or with their support legitimize that organization. Even justice , police or sports are often traversed by these issues.

The debate on corruption usually appears in most of the world’s democracies , and there is no shortage of political parties that consider themselves champions in the fight against corruption . The truth is that in order to solve these problems , a change in the common sense of society and a culture of belonging to the decisions that are taken in the upper strata of organizations, which that society legitimizes, is needed. 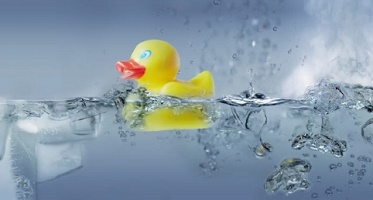