We explain what climate change is and what are the causes of this variation. Its effects, consequences and possible solutions.

We call climate change the variation of stable weather patterns over an extended period of time , which can range from a few decades to millions of years. It is usually accompanied by processes of climate rearrangement that often involve extreme weather events, with a high impact on the ways of life of flora , fauna and humanity.

Geological exploration of various fields of our planet has revealed that climatic conditions in earlier times were quite different: existing deserts were underwater meadows were lush desert, etc . This has confirmed the fact that the climate is not a fixed instance, but varies over time and the factors that hasten this change have been determined.

In recent times, the term climate change has taken effect to also refer to the impact of human activities on the chemical and physical balance of the planet , which would have affected global warming (due to the so-called “greenhouse effect” that produces the abnormal accumulation of gases in the atmosphere ) and, indirectly, in the changing weather conditions of the globe.

At the beginning of the 21st century the debate on climate change is constant : there are sectors that turn on the alarm of the imminent climatic disasters to come (some of which would have already been perceived: hurricane seasons longer than normal, earthquakes , floods and unforeseen droughts, etc.), accusing the hand of man and industry as directly responsible for the rise in planetary temperature.

Other sectors, on the other hand, think that the real impact of humanity is minimal in terms of planetary history and that simply a glacial era comes to an end, so that global warming and climate change are part of a natural stage in the meteorological process of the planet. According to these sectors, it is not true that a radical change in the ways of life and obtaining energy of humanity becomes imperative .

The causes of climate change can be classified into two groups, according to their origin, external and internal:

Those that come from outside the planet Earth, such as:

Those that are due to factors within the planet Earth, such as:

Climate changes tend to have a direct impact on life , since it adapts to its environment and varies along with the climate, gradually.

However, drastic and immediate changes are the most worrying : violent and destructive climatic phenomena can be generated by the imbalance of temperatures and atmospheric pressures, such as cyclones, hurricanes, storms, or prolonged droughts.

Another worrying phenomenon is the melting of the planet’s poles and ice reserves , whose content would add to the water of the oceans and submerge an important portion of the mainland, thus destroying entire cities.

The solutions to this effect of weather change are not clear. If it were a natural cycle, there would not be much to do ; But if it is really due to the contaminating effects of man, urgent measures such as: 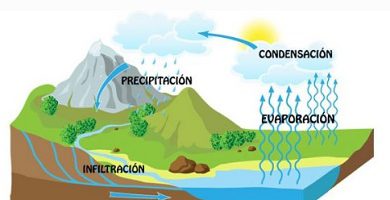 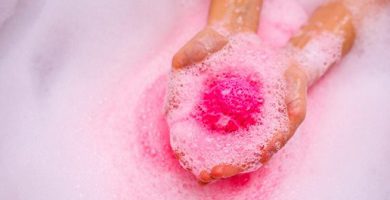