We explain what the attitude is, its classification and why we adopt different attitudes. Its main characteristics and elements.

The attitude (from Latin actitūdo ), can be defined as the manifestation of a mood or as a tendency to act in a certain way.

The concept of attitude is widely used in the field of psychology , in which attitudes cannot be considered as particular issues , but rather should be understood within a social and temporal context.

Attitudes are acquired and learned throughout life and acquire a direction towards a certain end. This differentiates it from biological characters, such as sleep or hunger.

The attitude is made up of three essential components:

The attitudes that individuals acquire are influenced by various causes, such as relationships, beliefs and experiences that have been lived around the existence of each person . These variants encourage individuals to act in different ways in very similar situations.

That is why it is common to hear terms such as positive attitude or negative attitude , which can determine the success or failure of what is attempted. On the other hand specialists have made certain classifications determining the types of attitudes in:

The attitude that individuals exhibit before their environment and the social environment in which they are integrated, on more than one occasion, may reflect different functions depending on the result they want to achieve.

In this way, a subject that adopts a cautious attitude has the objective of carrying out his tasks safely and trying to reduce the margin of error to the minimum possible. The different attitudes that a subject exposes will determine the sense of predisposition with which he will want to act.

Many specialists affirm that the attitude adopts a considerably high degree of importance within a group or even a society . However, the role played by an individual’s attitude can be differentiated into positive or negative .

While there is a positive attitude in the majority of the members of a group, it can be said that it has effective evolution and adaptation tendencies, since the predisposition of each individual is positive. When a group encounters members that emanate negative attitudes, the group’s course will be consolidated as involutive and the chances of failure will be higher.

Obtaining attitudes in no way is innate, but instead the human being is the one who acquires and adopts them based on the experiences lived.

In this sense, it is correct to say that an attitude is acquired by active experience with something specific , such as an object, an event, a person, and so on. Also the result caused in response to a stimulus, generated by external agents, is a means by which attitudes are obtained.

The social psychologist, Rodríguez Aroldo, points out that the attitude is composed of different essential elements: 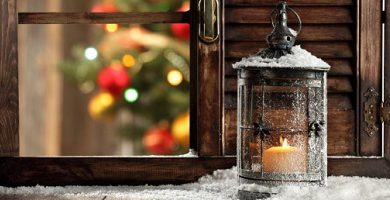