We explain what are the individual guarantees that define each Constitution, its characteristics, classification and examples.

These rights are considered essential for the political system and are linked to human dignity, that is, they are natural to any citizen regardless of their condition, identity or culture . For this reason, they enjoy a special status among the laws that constitute the legal system.

The protection of these guarantees varies depending on the legal framework we examine. As first generation rights , they always enjoy a privileged status over the rest of the political, social, commercial or other rights.

The procedures and mechanisms for this are, ordinarily, described in the Constitution of each country, and are the exclusive subject of State attention . And only he is empowered, under conditions of very special consideration, to suspend them temporarily.

They should not be confused with Universal Human Rights.

Individual guarantees are matters of public and subjective law, whose compliance is entrusted by the State, through its various institutions . Commonly these rights are:

As an example, we can cite some fundamental rights of the Spanish Constitution:

The individual guarantees in the Political Constitution of the United Mexican States are found in their dogmatic part , where the undeniable and fundamental principles of the rule of law are found .

This section includes the first 29 articles of the Constitution . They cannot be suspended except in the cases referred to in articles 1 to 29 of the same. 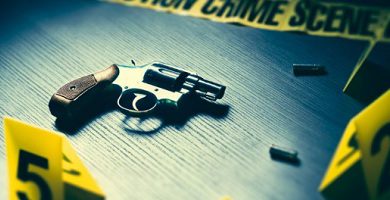