We explain what is the Peruvian jungle, or Peruvian Amazon, its history, location, relief, flora and fauna. In addition, examples of other forests.

It is known as Peruvian jungle or, more correctly, Peruvian Amazon to the portion of the territory of Peru that is occupied by large areas of jungle biome belonging to the South American Amazon . It is a leafy, humid and tall plant extension, which has the largest share of biodiversity and endemism in the continental world.

The Amazon is the largest jungle on the planet , and extends in part of the territories of Peru, Colombia, Ecuador, Brazil and Venezuela. In Peru it occupies 782,880 km 2 of territorial surface, corresponding to 62% of the territory of the country and 13% of the total of the continent, and the second largest after Brazil.

It is the least densely populated region (8%) of this country . However, it enjoys the greatest human diversity, since different Aboriginal ethnic groups make life in it. The Peruvian jungle is an ecologically very important region, given the gigantic biodiversity it hosts, quite safe from the intromissions of humanity .

Together with the rest of the Amazon, it constitutes one of the great plant lungs of the planet , responsible for the generation of oxygen and carbon fixation necessary to keep the planetary temperature stable and sustain the margins of animal life .

The Peruvian jungle begins in the eastern foothills of the Andean Cordillera, and extends to the Peruvian political borders with Brazil, Colombia and Ecuador , in the territory of the Peruvian departments of Loreto, Amazonas, San Martín, Ucayali and Madre de Dios. All this, of course, in the center-west of the South American subcontinent .

The origin of the Amazon rainforest began 20 million years ago , when tectonic movements in the region caused the gradual uprising of the Andes Mountains, causing the Amazon basin to become a system of lakes.

Although after this movement the area was covered with water, it began to dry up 10 million years ago . Thus, the animal and plant species of the region were able to colonize the new and fertile territory, then expand and diversify rapidly, laying the foundations of the biological landscape that exists today.

During the period of the Spanish conquest and colonization of America, this territory was associated with the indigenous myths of El Dorado and the Country of Cinnamon. During the early twentieth century it was a region of intense exploitation of the rubber tree.

The Peruvian jungle has the peculiarity of covering a territory with several altitudinal floors, that is, with a diverse relief, which fosters its enormous biodiversity.

The fauna of the Peruvian jungle is one of the most biodiverse in the entire planet. In fact, after Colombia, Peru is the second country with the largest number of bird species that exists, and the third in terms of mammals .

At least 262 species of amphibians , 806 birds, 293 mammals , 697 continental fish, 180 reptiles and the incredible 2,500 species of diurnal butterflies are known in this jungle . Many of these animal species are endemic to this region , that is, they do not exist in any other in the world.

Like the fauna, the flora of the Peruvian jungle is abundant, vigorous and extremely diverse, to the point that many of the botanical species that inhabit this region are still to be discovered and classified.

Apart from the Peruvian Amazon, the world’s main forests can be summarized as: 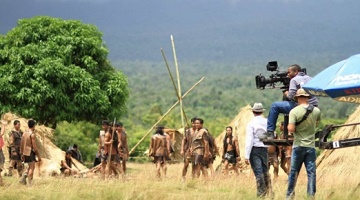