We explain what nationalism is and when this term arose. In addition, nationalisms and crises.

Nationalism is the set of beliefs that a certain group of people have about their sense of belonging to a nation , but unlike patriotism, it requires a clear political position and a tendency towards action. Thus, the patriot can only feel love for his country, but nationalism is the claim of a set of particular political positions, and generally associated with a party.

This idea of “nationalist sentiment” is closely associated with the concept of nationalism as an ideology. Necessary product of the bourgeois revolutions, nationalism appears as the union of the idea of State and Nation, understanding the nation as the basis of the State and that every nation should possess one.

One of the most problematic points is that nationalism as an ideology postulates the need for concordance between the territory that is considered proper to the nation. This has been the subject of long debates and in many occasions of great wars.

Nationalism is a product of modernity . Talking about nationalism before Modernity is probably an anachronism.

While we can find precedents of what a nationalism would be in certain reactions against feudalism by an incipient bourgeoisie , the concept of nationalism is strongly associated with the emergence of states as the center of social and political organization.

The rise of nationalisms went through different stages, seeing its most dangerous expression during the twentieth century . It was during the century that passed, that the States were the main protagonists of the international scene, where ideologies such as Nazism in Germany, Francoism in Spain or fascism in Italy showed how dangerous the exacerbation of nationalisms can be.

Perhaps the most resonant case is Germany, where Adolf Hitler was able to channel German discontent and frustration of the defeat of World War I , to combine it with a horrific anti-Semitism.

Nationalist pride in these cases became the justification for despotic regimes , and in many cases it was believed that such countries were destined to occupy a differential place with respect to other countries.

Exacerbated nationalism can lead to xenophobia , discrimination, and history shows that there is never a lack of political leaders willing to channel this situation.

Many intellectuals have dedicated themselves to the study of nationalism, especially in its ideological facet. Such is the case of Hannah Arendt, Max Weber, for example. Other great figures, although they have not studied it in depth, have condemned it outright, such as Albert Einsten or Albert Camus.

Crisis contexts tend to accentuate nationalisms. Such is the case in Europe today, after not fully recovering from the international crisis of the year 2008, it finds in countries such as France, Greece or Italy small outbreaks of nationalism that generate some resentment among the population and especially among intellectuals.

As we see, nationalism is not something that has been buried with the beginning of postmodernity. 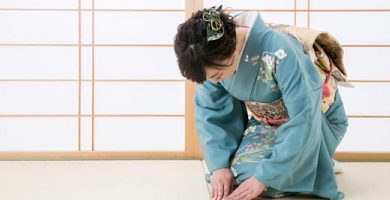