We explain what multicellular organisms are, how they originated and their characteristics. In addition, its vital functions and examples.

Multicellular organisms are called all those life forms whose bodies are composed of a diversity of organized, hierarchical and specialized cells , whose joint operation guarantees the stability of life . These cells integrate tissues, organs and systems , which cannot be separated from the whole and exist independently.

Many multicellular organisms always arise from a single cell called zygote, the result of the sexual union of two gametes (female and male). The zygote is subdivided in accelerated form throughout the gestation, forming the totality of the body of the creature that, from its birth, begins to grow. However, there are also multicellular organisms capable of reproducing asexually , such as plants and fungi.

In general,  the realms of life that have multicellular organisms are three : animalia , plantae and fungi . In the cells of these living beings there is a cell nucleus with the complete DNA of the individual, that is, they are eukaryotic organisms. 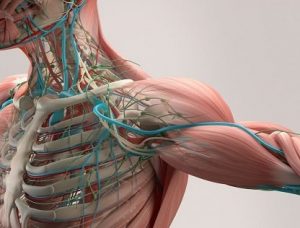 Why do multicellular organisms exist?

The transition from unicellular to multicellular organisms is one of the most exciting and controversial questions among biologists. However, before discussing the possible scenarios that gave rise to multicellularity, we must ask ourselves why it is necessary or beneficial to be an organism composed of many cells.

An average cell that is part of the body of a plant or animal measures between 10 and 30 micrometers in diameter. An organism cannot grow in size simply by extending the size of a single cell because of the limitation imposed by the ratio of surface area to volume .

Different gases (such as oxygen and carbon dioxide), ions and other organic molecules must enter and leave the cell, crossing the surface that is delimited by a plasma membrane.

From there it must spread throughout the entire volume of the cell. Thus, the relationship between surface area and volume is lower in large cells, if we compare it with the same parameter in larger cells.

A very large cell has a limited exchange surface

Following this reasoning, we can conclude that the exchange surface decreases in proportion to the increase in cell size. Let’s use a 4 cm cube as an example, with a volume of 64 cm 3 and a surface area of ​​96 cm 2 . The ratio will be 1.5 / 1.

In contrast, if we take the same cube and divide it into 8 two-centimeter cubes, the ratio will be 3/1.

For this reason, if an organism increases its size, which is beneficial in several aspects, such as in the search for food, locomotion or escaping predators, it is preferable to do so by increasing the number of cells and thus maintaining an adequate surface for the animals. exchange processes.

Advantages of being a multicellular organism

The advantages of being a multicellular organism go beyond the mere increase in size. Multicellularity allowed the increase in biological complexity and the formation of new structures.

This phenomenon allowed the evolution of very sophisticated cooperation paths and complementary behaviors between the biological entities that make up the system.

Disadvantages of being a multicellular organism

Despite these benefits, we find examples – as in several species of fungi – of the loss of multicellularity, returning to the ancestral condition of single-celled beings.

When cooperative systems fail between the cells of the body, negative consequences can be generated. The most illustrative example is cancer. However, there are multiple avenues that, in most cases, manage to ensure cooperation.

What were the first multicellular organisms?

The beginnings of multicellularity have been traced back to a very remote past, more than 1 billion years ago, according to some authors (eg, Selden & Nudds, 2012).

Because transitional forms have been poorly conserved in the fossil record, little is known about them and about their physiology, ecology, and evolution, making the process of constructing a reconstruction of incipient multicellularity difficult.

In fact, it is not known if these first fossils were animals, plants, fungi, or any of these lineages. Fossils are characterized by being flat organisms, with a high surface area / volume.

As multicellular organisms are composed of several cells, the first step in the evolutionary development of this condition should have been the grouping of cells. This could happen in different ways:

These two hypotheses propose that the original ancestor of multicellular beings were colonies or unicellular beings that established symbiotic relationships with each other.

It is not yet known whether the aggregate was formed from cells with differential genetic identity (such as a biofilm or biofilm ) or from stem and daughter cells – genetically identical. The latter option is more possible, since genetic conflicts of interest are avoided in related cells.

The transition from single-cell beings to multicellular organisms involves several steps. The first is the gradual division of labor within cells that are working together. Some take somatic functions, while others become the reproductive elements.

Thus, each cell becomes more dependent on its neighbors and gains specialization in a particular task. Selection favored organisms that clustered in these early colonies over those that remained solitary.

Nowadays, researchers are looking for the possible conditions that led to the formation of these clusters and the causes that could have led to their favor – as opposed to unicellular forms. Colonial organisms are used that might be reminiscent of hypothetical ancestral colonies.

A syncytium is a cell that contains multiple nuclei. This hypothesis suggests the formation of internal membranes within an ancestral syncytium, allowing the development of multiple compartments within a single cell.

It is unknown how exactly the first multicellular organisms arose from primitive unicellular life, but there are three theories about it:

Multicellular organisms have varying degrees of complexity since they can range from a tiny algae to an elephant or a giant sequoia . Their bodies are made up of millions of cells integrated into organs and tissues that function in a coordinated and independent manner, and are called “systems.” The life of the individual depends on the proper functioning of these systems , so once death has occurred , for whatever reason, all the cells of the body will die gradually (because they are interdependent).

The cells of these organisms can be in broad strokes of two different types: those endowed with the complete DNA of the individual (somatic cells) and others that possess only half and are created for sexual reproductive purposes (germ cells or gametes). However, each cell in the body of the organism has a function , a set of biological instructions and can be sacrificed for the sake of others. This implies high levels of cellular communication , cooperation and specialization.

Multicellular organisms can be autotrophic (such as plants) if they can synthesize the body’s nutrients from inorganic matter and natural energy (such as sunlight ), and heterotrophs if they require the consumption of organic matter from other living things for oxidation. and thus obtain chemical energy to sustain the metabolism .

Multicellular organisms fulfill, like unicellular ones, the vital basic functions but they do so from much more complex processes that involve the replacement of old cells with new cells and the generation of new tissues.

There are millions of examples of multicellular organisms in the world around us: we ourselves are a perfect case. Some examples are:

Some other Examples of multicellular organisms

Multicellular organisms delegate biological responsibilities such as barrier function, circulation, digestion, respiration, and sexual reproduction  to specific organ systems such as the  skin  ,  heart  ,  stomach  , lungs, and sexual organs. These organs are made up of many different cells and cell types that work together to perform specific tasks. For example, heart muscle cells   have more mitochondria and produce  adenosine triphosphate  to churn together and enhance the movement of  blood through the  circulatory system… In contrast, while skin cells have fewer mitochondria and have contractile function, they have tight barrier binding proteins and produce keratin that creates a barrier that protects the soft internal tissues of the body.

The fusion of a single  egg gamete .with a single sperm gamete leads to the formation of a   fertilized zygote or egg. The zygote contains the genetic material of both the sperm and the egg. Mitotic division by the zygote then leads to all cells in that organism . During development, cell proliferation and division are followed by specialization and each cell follows a path toward differentiation. Differentiation allows cells to perform very different functions despite being genetically identical to each other.

Thus, all the specialized cells of a multicellular organism ; Its organs, tissues and nerve-forming cells, skin cells , respiratory epithelium, and cardiac cells all originated from the zygote formed by the fusion of two unicellular gametes

Algae are uni or multicellular and autotrophic living beings. They have chlorophyll a – which helps in photosynthesis – accessory chlorophylls and pigments. Your body, with no real tissues, is called a stalk. Almost all have cellulose in their cells.

Living in a humid aquatic or terrestrial environment, these organisms represent a group with no taxonomic value and, until further notice, are studied together with protozoa. They are important for the maintenance of life on Earth, since they supply oxygen gas and perform the function of producers, in several food chains.

The main phyla of multicellular algae are:

Phaeophyta (phaeophytes): popularly known as brown algae, these organisms are predominantly marine and many of them are large and can reach 60 meters in length. They consist of chlorophyll aec, pigments, cellulosic wall associated with other substances (such as algin and calcium carbonate), and store, as a reserve substance, a sugar called laminarin. Kombu seaweed, used in cooking, belongs to this group.

Rhodophyta (rodofíceas) : constituted by the so-called red algae, this phylum has species that are used in cooking, such as nori which, besides being one of the components of sushi, can be used in the prevention and treatment of scurvy, due to its high concentrations of vitamin C. The vast majority of representatives of this phylum are marine and of varying size. The pigment responsible for its color is phycoerythrin, but, in addition, these algae have chlorophyll a and d. They store starch and the cellulosic wall has carrageenan. Some rhodophytes are equipped with calcium carbonate in their structures and can assist in the formation of reefs, together with cnidarians: they are called coralline algae.

Chlorophyta (chlorophytes): represented by green, uni or multicellular algae. They can live in an aquatic environment, on the ground, on wet substrates, on ice and even in association with other living beings – such as lichens (algae + fungus) and zoochlorella (algae + freshwater cnidarians). Presenting in different shapes and sizes, they have chlorophyll a and b, pigments, cellulosic wall; and store starch as a backup substance. They reproduce asexually by bipartition, sporulation or fragmentation. Sexually, conjugation or union of gametes (singamia) can occur. The sea lettuce, Ulva lactuca, is one of the best known representatives of this phylum, being easily found in the coastal regions of the country.

A unicellular organism is a way of life whose body is composed of a single cell . These cells do not form any type of tissue, structure or body together with others of their kind, although they can live together as a colony. It is, then, microscopic organisms whose body is a single cell. They are often classified as protists (when they are eukaryotes , that is, they have a cell nucleus ) or bacteria and archaea (when they are prokaryotes , that is, they lack a cell nucleus). 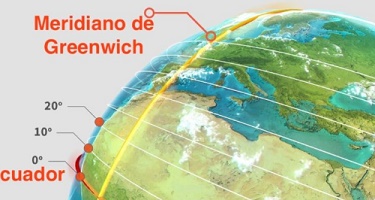