Unicellular organism is called to all those life forms whose body is composed of a single cell , and that do not form any type of tissue, structure or body together with others of its kind . In other words, these are microscopic beings whose body is a single cell and are often classified as protists (if they are eukaryotes , that is, if they have a cell nucleus ) or bacteria and archaea (if they are prokaryotes, that is, if they dont have it).

Unicellular organisms are the smallest and simplest of all living beings , and usually inhabit numerous habitats , exercising very diverse metabolic functions, ranging from photosynthesis or chemosynthesis, to the decomposition of organic matter, parasitism, or predation of other unicellular creatures. This is partly because they are much older than multicellular organisms, whose appearance is still difficult to explain at all.

Unicellular organisms can be vastly different from each other and can have very different characteristics, but generally share the following:

Not much is known about the first unicellular organism, in part because being composed of such soft and tiny tissues, it is impossible to find fossils or geological traces . In addition, the Earth has changed so much in the billions of years of atmospheric, geological and chemical change, that it is not easy to determine the very origins of life .

However, it is speculated that the first living being on the planet was a unicellular organism that scientists call LUCA (acronym for Last Universal Common Ancestor or the Last Universal Common Ancestor), and from which they would have descended, in a long and complex process of evolutionary diversification, all other realms of life. It is estimated that he lived 3.5 billion years ago in the waters of the early planet.

The most usual classification of unicellular organisms is the one that distinguishes between prokaryotes and eukaryotes, as we have already seen. However, they can also be classified based on their nutrition mechanisms , as follows:

Unicellular organisms are the basis of life on the planet, ancestors of all higher life forms . At some point in the history of life on the planet, the marine waters were full of these microorganisms, engaged in a blind race to multiply and spread, until at some point the possibility arose of grouping, sacrificing their individuality, and forming organisms more vast, more complex, thus taking an irreversible step towards life as we know it.

On the other hand, the study of unicellular organisms has allowed us to understand formerly ignored aspects of the field of health and biology , paving the way for modern medicine and the study of biochemistry.

The most obvious difference between unicellular and multicellular (or metazoan), is that the latter have bodies composed of tissues , that is, by numerous cells that came together, forming a unique individual, in a much closer relationship than a colony, to sacrifice his independent life in favor of security, stability and distribution of the functions necessary to survive.

Anyway, the transit of unicellular (more primitive) to multicellular (more complex) is still somewhat mysterious for biology. The truth is that it represented a huge leap forward in evolutionary matter, to the point that our bodies are made up of millions of cells , all committed to a common existence: that of our bodies.

Some examples of unicellular organisms are: 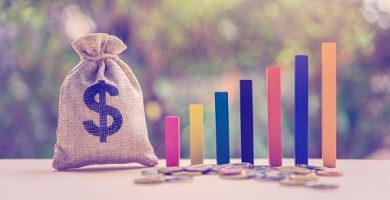