Mass is simply the measure of the amount of matter or inertia in a body. the SI units of mass are kilograms and grams.

The force with which a body is attracted to Earth or another celestial body and which is equal to the product of the object’s mass and the acceleration of gravity. A measure of the heaviness of an object. the SI units of weight are Newton and pound.

Key Difference Between Mass And Weight:

What is the relation between mass and weight?

the relation between weight and mass can be derived with the help of Newton’s second law which explains that the free-falling object has an acceleration “g” as the magnitude. If an object of a mass of 1kg falls with an acceleration of 9.8 m.s-2, then the magnitude of the force is given as :

it can be concluded that the relationship between mass and weight of a body with 1kg mass will have a weight of 9.8N.

Read also: Difference between mass and weight in tabular form

Mass is an intrinsic measure of an object and hence is independent of any external factors. Weight, on the other hand, depends on the mass that is attracting it and the force with which it is being attracted.

How is Weight Measured?

the formula of a body that has a mass m and weight of magnitude w that can be said that the weight of an object is directly proportional to its mass.

Types of Mass and Weight

The scientific point of view, understanding that mass and weight are magnitudes with which the matter contained in a body and the force exerted by gravity on it are respectively measured, the types of these that are best known and used are:

The difference between mass and weight is one of the most frequently asked questions. Some students often use the terms mass and weight interchangeably, which is completely wrong. it is important to know what they are and how they are related. The mass of a body does not change at any time. Only for certain extreme cases when a huge amount of energy is given or taken from a body.

Difference Between Speed And Velocity 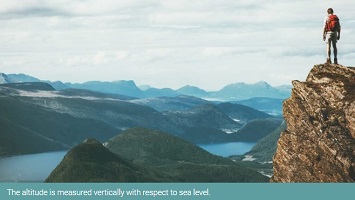 What is the Altitude? Definition And Meaning

Difference Between Discovery and Invention