Basics of the special theory of relativity

Postulates of the special theory of relativity

2. Relativistic lengthening of the event time.

The duration of a phenomenon occurring at a certain point in space will be the smallest in the inertial reference system relative to which this point is fixed. This means that clocks moving relative to the inertial frame of reference go slower than a fixed clock and show a longer time interval between events. Relativistic time dilation becomes noticeable only at speeds comparable to the speed of light, and is expressed by the formula:

The time τ 0 , measured by the clock resting relative to the body, is called the event’s own time.

where: V 1 and V 2 – the speed of movement of bodies relative to the fixed frame of reference. If the bodies move in the same direction, then their relative speed:

5. The relationship of energy and body mass.

From the point of view of the theory of relativity, body mass and body energy are practically the same thing. Thus, only the fact of the existence of the body means that the body has energy. The body has the lowest energy E 0 in the inertial reference system with respect to which it rests and is called the body’s own energy (the rest energy of the body) :

where: ∆ E is the change in the energy of the body, ∆ m is the corresponding change in mass. Total body energy:

where: m – body weight. The total energy of the body E is proportional to the relativistic mass and depends on the speed of the moving body, in this sense the following relations are important:

By the way, the kinetic energy of a body moving at a relativistic speed can be considered only by the formula:

There is a relationship between the total energy of the body, rest energy and impulse:

Photon and its properties

Light is a stream of quanta of electromagnetic radiation called photons. A photon is a particle that carries light energy. It cannot be at rest, but always moves at a speed equal to the speed of light. Photon has the following characteristics:

1. The photon energy is equal to:

2. The photon moves in vacuum with the speed of light c .

3. The photon has an impulse:

4. A photon does not have mass in its usual sense (the mass that can be measured on scales, calculated according to the second Newton law, and so on), but according to Einstein’s theory of relativity, it has mass as a measure of energy ( E = mc 2 ) . Indeed, anybody that has some energy has a mass. If we consider that a photon has energy, it also has a mass, which can be found as:

5. The photon has no electric charge.

Light has a dual nature. When light propagates, its wave properties are manifested (interference, diffraction, polarization), and when interacting with matter, particle properties (photo effect). This dual nature of light is called wave-wave duality .

What is the External photoelectric effect?

The photoelectric effect is a phenomenon consisting of the appearance of a photocurrent in a vacuum cylinder when the cathode is illuminated with monochromatic light of a certain wavelength λ.

When the voltage at the anode is negative, the electric field between the cathode and the anode inhibits electrons. By measuring this  delay voltage at which the photocurrent disappears, you can determine the maximum kinetic energy of the photoelectrons pulled out of the cathode:

When interacting with matter, the photon completely transfers all its energy E =  hν to one electron. Part of this energy an electron can dissipate in collisions with atoms of matter. In addition, part of the electron energy is expended to overcome the potential barrier at the metal–vacuum interface. To do this, the electron must perform work exit A out , depending on the properties of the cathode material. The highest kinetic energy that a photoelectron emitted from the cathode may have, in this case, is determined by the law of energy conservation:

The first Bohr postulate (the postulate of stationary states): the atomic system can only be in special stationery or quantum states, each of which corresponds to a certain number n and energy E n . In steady states, the atom does not radiate and does not absorb energy.

According to the first postulate of Bohr, the atom is characterized by a system of energy levels, each of which corresponds to a particular stationary state. The mechanical energy of an electron moving in a closed path around a positively charged nucleus is negative. Therefore, the energies E n <0 correspond to all stationary states . When E n ≥ 0, the electron moves away from the nucleus (ionization occurs). Magnitude | E 1 | called ionization energy . The state with energy E 1 is called the ground state of the atom.

The simplest atom is a hydrogen atom. It contains a single electron. The nucleus of an atom is a proton – a positively charged particle, whose charge is equal in magnitude to the electron charge. Usually, the electron is on the first (mostly unexcited) energy level (the electron, like any other system, tends to a state with a minimum of energy). In this state, its energy is E 1 = –13.6 eV. The following ratios are fulfilled in the hydrogen atom connecting the radius of the trajectory of the electron rotating around the nucleus, its speed, and energy in the first orbit with similar characteristics in the remaining orbits:

In any orbit in a hydrogen atom, the kinetic ( K ) and potential ( P ) electron energies are associated with the total energy ( E ) by the following formulas:

It is now firmly established that the atomic nuclei of various elements consist of two particles — protons and neutrons, which are commonly called nucleons. To characterize atomic nuclei, a number of notations is introduced. The number of protons that make up the atomic nucleus is denoted by the symbol Z and is called the charge number or atomic number (this is the sequence number in the periodic table). The number of neutrons is denoted by N. The total number of nucleons (that is, protons and neutrons) is called the mass number A, for which the following formula can be written:

The binding energy of any nucleus can be determined by accurately measuring its mass. Such measurements show that the mass of any nucleus M i is always less than the sum of the masses of the protons and neutrons it contains: M i <Z m p+ N m n . The difference of these masses is called the mass defect, and is calculated by the formula:

The mass defect can be determined using the Einstein formula E = mc 2 energy released during the formation of this nucleus, that is, the binding energy of the nucleus E St :

Almost 90% of the known atomic nuclei are unstable. The unstable nucleus spontaneously turns into other nuclei with the emission of particles. This property of the nucleus is called radioactivity .

Beta decay. During beta decay, an electron ( 0 –1 e) flies out of the nucleus . Beta decay scheme:

Gamma decay. In contrast to α- and β- radioactivity, the γ- radioactivity of nuclei is not associated with a change in the internal structure of the nucleus and is not accompanied by a change in charge or mass numbers. With both α- and β-decay, the daughter nucleus can be in a certain excited state and have an excess of energy. The transition of the nucleus from the excited state to the ground state is accompanied by the emission of one or several γ- quanta, whose energy can reach several MeV.

With α – and β- radioactive decay, the daughter nucleus may also be unstable. Therefore, a series of consecutive radioactive decays that result in the formation of stable nuclei are possible.

Nuclear reaction is the process of interaction of an atomic nucleus with another nucleus or an elementary particle, accompanied by a change in the composition and structure of the nucleus and the release of secondary particles or γ-quanta. As a result of nuclear reactions, new radioactive isotopes can form that are not found on Earth in natural conditions.

The following conditions are met (the total number of nucleons before and after the reaction remains unchanged):

Energy yield of a nuclear reaction

where: M A and M B are the masses of the starting products, M C and M D are the masses of the final reaction products. The quantity Δ M is called the mass defect . Nuclear reactions can proceed with release ( Q > 0) or with energy absorption ( Q <0). In the second case, the initial kinetic energy of the initial products should exceed the value of | Q |, which is called the reaction threshold .

More topics in our site: 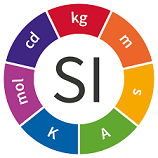 Difference Between Discovery and Invention

Difference Between Stress and Pressure