We explain what asexual reproduction is, its advantages, disadvantages and the types that exist. Also, what is cloning.

The reproduction involves the production of new individuals of the same species as the parent , that perpetuate when he no longer found. Therefore, it is one of the main stages in the cycle of existence of every living being.

That is, when an organism reproduces asexually, it does so through methods that consist of the replication or duplication of its genetic content , to give rise to new individuals genetically identical to itself. In other words, it does not require the participation of third parties.

This distinguishes itself from sexual reproduction, such as that of human beings , in which each parent contributes half of their genetic information , through sexual cells or gametes (ovules and sperm cells), thus obtaining a unique individual , different from their two parents.

The main characteristics of asexual reproduction are highlighted below:

Difference between asexual and sexual reproduction

The new organisms created from sexual reproduction will be genetically different from their progenitors because they are a mixture of the genetic information contained in the two gametes. It is a slower mechanism but adapted to more variable environments .

Sexual reproduction can occur through the following methods:

Hydra oligactis attached to a plant. It reproduces by budding of daughter hydras that grow on the sides

Reproduction of the hydra (budding) :

Asexual reproduction only occurs in organisms whose cells still retain embryonic totipotency , that is, ‘the ability not only to multiply’ , but also to differentiate into different types of cells to achieve the reconstruction of the parts of the body that may be missing .

As embryonic totipotency is all the more common the simpler the animal organization , it takes place in sponges , coelenterates , annelids , nemertea , echinoderms and also in the larval and embryonic stages of all animals .

The basic modalities of asexual reproduction are:

Types of asexual reproduction in Bacteria

No sperm or eggs are involved in this reproduction , it is the main difference between sexual and asexual reproduction.

It occurs in plants when a part of them divides ( stem , branch , shoot , tuber , rhizome …) and develops separately until it becomes a new plant.  It is extraordinarily widespread and its modalities are many and varied. Among them are:

Clones are genetically identical individuals, coming from another through asexual reproduction processes. Although these processes are very frequent in nature (in fact, clone reproduction is much earlier than sexual reproduction), the term clone was invented in 1903 , when studies on inheritance and genetic variability began. It is attributed to HJ Weber.

The cloning , in this sense, refers more to artificial techniques to produce genetically identical individuals laboratory , as was done in 1996 with famous Dolly the sheep. Therefore, its use is not frequent when referring to the asexual reproduction of animals, plants, fungi or microorganisms .

Asexual reproduction is relatively simple, so it is fast, it almost does not require resources or the production of specialized (sexual) cells , fertilization, or other similar efforts. That is, an isolated individual can perfectly give rise to new ones, sometimes many of them, although always genetically identical to himself.

This is particularly useful in situations of biological risk or in need of rapid expansion , for example, during the colonization of a territory or the massification of specimens in the face of an imminent danger.

The great disadvantage of asexual reproduction is its absence of genetic variability , that is, the fact that the descendants are identical to the parent, except in the case of unforeseen mutations .

Thus, the species evolves at a much slower and much less effective rate, since natural selection cannot favor those more fit individuals. This could end up with a colony or even a species very quickly, since its lower genetic variability can prevent it from rapidly adapting to a changing environment.

This type of crab is an invasive species in many ecosystems and performs asexual reproduction through apomixis.

This process is normally reserved for plants , and consists of the development of an embryo without fertilization.

Some types of salamander reproduce asexually through gynogenesis. The male’s sperm is necessary, but it has no genetic load.

This type of lizard only has a female population. They reproduce through partogenesis, which means the virginal development of the ovum without the need for prior fertilization by a male.

Not all scorpions have asexual reproduction. But some species like Tityus serrulatus Lutz & Mello from Brazil, Tityus columbianus (Thorell) from Colombia and Tityus metuendus Pocock from Peru and Brazil, use partogenesis as a means of reproduction.

Komodo dragons can also use partogenesis as a means of reproduction.

A curious fact is that the self-fertilized eggs that come out are only male dragons.

These fleas have two types of reproduction, sexual and asexual, in asexual reproduction, females produce eggs with identical characteristics to them and only females are produced.

It has been the case of sharks that were in captivity that have developed asexual reproduction.

The female has the ability to create and maintain the young without the need for male sperm.

It is believed that asexual reproduction can also occur in wild female shark, but the hypothesis has not yet been tested

They are protist organisms found in freshwater ponds. They reproduce through fission, where the nucleus is divided in two by the process of mitosis.

It is an organism that can be found in fresh water, similar to a squid in shape. It reproduces asexually through buds.

They are peaty organisms that live in fresh waters. These are hermaphrodites and can use asexual reproduction by fission to create new individuals.

The reproduction of wasps is a bit complex. The chromosomes that they create in the eggs through the bacterium Wolbachia make the offspring exact clones of their mother.

This has led to wasp species in which the males have completely disappeared due to the Wolbachia bacteria .

Each time a lineage of wasps splits in two, the Wolbachia strain develops as an isolated species in each group of wasps.

These living beings have both types of reproduction. When they feel threatened, they use asexual reproduction to create clones of themselves since the predators do not attack the cloned larvae and thus perpetuate their species.

Starfish can reproduce asexually by fragmentation. A part is divided from the main individual, forming a completely new and independent one.

One of the smallest snakes in the world, it can reproduce sexually or asexually.

If it reproduces asexually by partogenesis, it can only create female clones.

These aquatic plants reproduce asexually by partition. The detached part of the lily can regenerate and seal the wounds forming a new plant.

They have both types of reproduction. In asexual reproduction, a new sponge is formed as a bud from the mother. When the mother sponge dies, the new one can break free and grow.

Sea urchins reproduce asexually by fragmentation. It is divided into two or more parts and these create new individuals.

They also have both types of reproduction. In asexual reproduction they reproduce by means of longitudinal fission. They are divided into two halves creating new individuals.

Bees reproduce asexually through partogenesis. They produce eggs without the need to be fertilized by the male. But they also have sexual reproduction.

These insects also have both types of reproduction. Asexual reproduction by partogenesis takes place twice a year.

While sexual reproduction only takes place in winter to create individuals that overcome adverse conditions.

Ants, like bees, reproduce by partogenesis. And those that reproduce sexually is to create queen ants.

Jellyfish are marine animals that reproduce asexually through budding. The new individual grows attached to his mother and then separates creating a new individual

Corals are also an asexual organism that reproduces by fragmenting and creating new life from its pieces.

What is the Scientific Revolution? Characteristics, Background, Concept

What is cell division? Types, Phases and importance 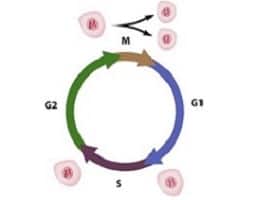 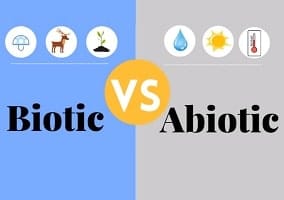 what is the difference between biotic and abiotic factors? In detail

How Many Types of Cell Division?