We explain what the Cristero War was in the history of Mexico, its causes, consequences and protagonists. Also, the end of the war.

In the history of Mexico, it is known as the Cristero War (of Christ, the Catholic icon), also called the War of the Cristeros or Cristiada, to an armed conflict that took place between 1926 and 1929.

This conflict is inserted in the numerous post-revolutionary tensions between the conservative, religious affiliation , and liberal sectors of Mexican society. He faced the Mexican government and secular militias, against Catholic religious factions that rejected the recent liberal measures of President Plutarco Elías Calles (1877-1945).

An important antecedent was the promulgation of the Constitution of 1917, in which the legal personality was denied to the churches. It also prohibited the participation of the clergy in politics as well as public worship outside the temples and was deprived of the right of real estate to the Church.

As if that were not enough, in 1921 there was an attack in the Old Basilica of Guadalupe that tried to destroy the image of the Virgin of Guadalupe, but that failed to damage the image, consolidated the idea that it had been a miracle and that Catholics were to protect their interests at any cost.

The main cause of the Cristero War was the modification of the Criminal Code of 1926 , made by the president, in what was called the Streets Law . With her it was sought to limit the participation of the Church in public life even more, increasing the power of the State over the constitution of the Mexican Church.

The response of the Catholic society consisted of a collection of signatures to request a constitutional reform, which was rejected. Subsequently, he carried out a boycott against paying taxes and minimizing the consumption of products and services linked to the government , which resulted in significant damage to the precarious economy of the moment.

Thus was born a strong social movement for the right to free worship . Under the motto of “Long live Christ the King!” or “Long live Santa María de Guadalupe!”, began the collection of weapons and the formation of peasant guerrillas, believing a military solution to the conflict viable. It is unknown if the name “Cristero” was chosen by the guerrillas or if it was a derogatory term given to them by their enemies.

The Cristero War, which lasted for three years, caused some 250,000 deaths , including civilians and combatants. A wave of refugees was also generated towards the US that reached the same figure, but mostly non-combatant citizens .

As in many local conflicts of the time, various local interests were involved, such as the United States and in particular the Ku Klux Klan, in support of the Mexican Army, or the Holy See of the Vatican and the Knights of Columbus, in support of the cristero side.

Regarding political decisions, the war forced the State to modify its secular reforms in education , to postpone the application of its laws in matters of worship, and to centralize in the president the relationship between State and Church.

For its part, the latter appointed the Archbishop of Mexico as an interlocutor with federal authorities, avoiding any kind of political pronouncement from Bishops and other ecclesiastical authorities. Finally , a modus vivendi was achieved between the State and the Church , that is, a form of tolerance and coexistence.

The most relevant characters of the Cristero War were:

The Cristero War came to an end in 1929, after the arrival of Emilio Portes Gil in 1928, and the beginning of a series of negotiations, under the strong influence of the US and the Holy See.

A general amnesty was agreed upon for all arms uprisings, making only 14,000 of the 50,000 combatants lay down their weapons, but peace was still lacking. The model of coexistence and constant negotiation could slowly achieve it, although cristeras factions continued to carry out violent actions in later governments. 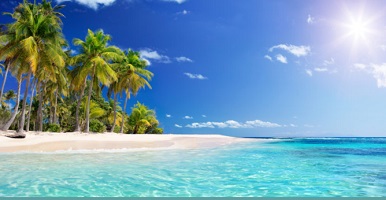