We explain what social law is, its characteristics, branches and examples. In addition, why it is important and what is the social state.

Social law is the set of laws , provisions and norms that establish and differentiate the principles and measures of protection of economically weak people, groups and sectors of society. This is the legal framework that deals with the eventual conflicts that occur within society and between the social classes that compose it.

Social law, as the name implies, deals with social rights, which are subjective rights recognized by positive law and that are part of the fundamental rights of the human being , as approved by the International Covenant on Economic Rights , Social and Cultural (ICESCR) that entered into force internationally in 1976.

These rights are also recognized by the Universal Declaration of Human Rights promulgated in 1948. They are commonly distinguished from natural rights and therefore receive separate legislation .

Social rights may be based on the “social contract” as Rousseau understands it (explicit or not in a National Constitution), or derived from the respective Declarations of Human Rights. They deal with issues related to individual freedoms , work, social security and access to basic services.

There are many formal definitions of social law. Below we will list a few:

Note how all formal definitions coincide in the specific approach to social law regarding the legal resolution of social problems, as well as the construction of a more just legal society.

The areas of interest of social law have to do with the coexistence of human beings in society, that is, the fair resolution of the social needs of the human being , based on the intervention of the institutions. This has to do directly with equality, equity , the rule of law and other conditions that guarantee the continuity of social peace.

At first glance, this would have to be one of the fundamental branches of law , in a society like the current one that increasingly understands the satisfaction of social needs as something more important. However, usually tenérsela by implied within the law as part of other legal provisions (such as labor law , the procedural law , etc.).

Social law is of crucial importance to guarantee social change, that is, the gradual construction of a more just society , free of phenomena that impoverish the social life of individuals, such as discrimination , racism , abusive work, lack of access to education , etc.

These concepts are often grouped under the term of social justice, and their attention is indispensable for the existence of social peace , that is, the minimum consensus of social classes within an organized and productive community.

Examples of the areas of interest of social law are the following:

The term “social state” is a construction of German legal history , from ancient Prussia and that after many transformations still survives to our day, although within the “social and democratic state of law”, that is, as more or less synonymous with the rule of law .

The latter means the principle of equality before the law , that is, of equal opportunities for all, theoretically avoiding exclusion, segregation and discrimination. 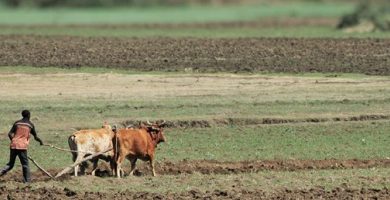