We explain what is the color and the different properties it has. In addition, how primary and secondary colors are formed.

When we talk about color, we mean an impression produced in our visual organs (eyes), and interpreted by our nerve centers (brain), by a specific light tone of the chromatic spectrum.

All colors are contained in the spectrum of visible light , but in different wavelengths that our perception can capture separately, and identify as specific colors.

The things of the universe are impacted by the electromagnetic radiation of light, thus absorbing part of the light waves and reflecting some others. The latter are perceived by the human eye and identified as the color of things.

It is known that the human eye can capture a finite number of colors  (with many nuances) when it is in a context of much lighting. When light is scarce, on the other hand, we perceive the world in black and white: the superposition of all colors (to reconstitute white light) or the total absence of light, respectively.

White light can decompose in all perceivable colors by means of a prism, as naturally occurs with raindrops in atmospheric suspension, thus giving rise to rainbows.

Within the light visible by the human eye, the light has various energy levels: from 380 to 780 nanometers. So each color has a specific level of wavelength:

Below the violet is the ultraviolet light and above the red is the infrared. Neither of us can be perceived by our eyes, although by those of certain animals, and they can also be detected by scientific devices specialized in light. This is of vital importance for astrophysics and also for the theory of color , key knowledge for the art of painting.

The colors distinguish each other by their wavelength , as we have said. And depending on its purity, one can speak of primary, secondary or tertiary colors. All, however, have the following three properties:

It is known as primary or primitive colors that are used to obtain the whole set of other colors, that is, the “pure” colors that cannot be obtained by combining the others. This procedure of mixing colors to obtain new ones, is known as synthesis and can occur in three different ways:

The secondary colors, of course, are those obtained by the synthesis of the primaries, that is, by mixing them. As we have explained, this will depend on the type of synthesis that takes place, so secondary colors may vary. 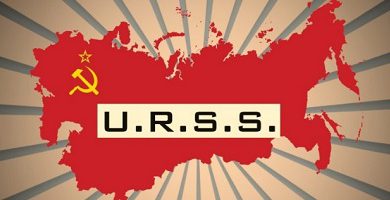