We explain what sincerity is and how this value can be taken as something negative. Also, how is sincerity in children.

Sincerity is a very important value in people, since it is the ability to not miss the truth . Being a sincere person means not lying in any area of life . Facing life with this value will help us to be trustworthy people and that others see us as noble people.

Being sincere implies being faithful to what one is , always showing the outside what we are inside to any situation or person , since pretending or pretending is also lying, and acting in this way would be hypocritical.

Someone who is missing the truth , not only does it because he probably does not feel comfortable with his personality, that is, he is very shy, but also because he is likely to have received humiliations or degradations that have caused damage to his personality and caused him to Be ashamed of yourself.

It was always said that children, crazy people and drunks always tell the truth . This is because they are not subject to the same social norms as the rest, the children because they do not know them yet, and the other two subjects because they cannot comply with them because of their status or situation.

It is true that sometimes these social norms pretend that we act in a certain way, but if we do not think that it is correct, we would not be obliged to do so, especially if it goes against our values ​​or beliefs, whether or not we are governed by them is an option and If we comply with them, it is to adapt and place ourselves in a timely manner.

Nowadays, sincerity is difficult to find because people have become more superficial and already have other interests that, according to them, weigh more than relationships with other people. At the beginning of a relationship it will always be difficult to know whether or not someone is being sincere, but it is something that will be found out over time.

While we said that it is an important value and good to be honest, also the excess of sincerity can be counterproductive. We must have a filter, we cannot always walk saying what we think or responding as we want.

For example, if we have dinner with our future political family and the one who cooked asks us about the food and it turns out that it has not been to our liking, we should not say that it was ugly or that we did not like, because we would hurt the feelings of the another person. The situation is different if they offer us meat and we are vegetarians, there being honest is not bad.

The important thing is to think before acting or speaking to measure the consequences of our actions , in many cases it is annoying for people who are very sincere, because it may happen that a friend loves a piece of clothing, but does not really favor it . So if you ask us, we should tell you some compliment in the form of “white lie” or “white lies”, which are those that really do not hurt anyone.

As we said before, children tend to be too sincere . It is important that we teach them the difference between lies and the fact of not saying certain things.

For example, if someone who is overweight has sat in a fragile chair and has broken it, it would be important to emphasize that you should not hurt other people and that you have to take care of our words in some cases.

Another typical case is when someone in the house does not want to open the door and the child comes out announcing “my mother says it is not”, what a shame for the parents.

It is always important to educate children in values, because in this way they will grow to be full and upright men and women. They have to understand some situations that are wrong not to imitate them, although it is obvious that children sometimes do not have enough mental tools to do so, but it is good to teach them little by little. 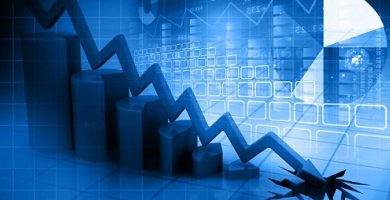 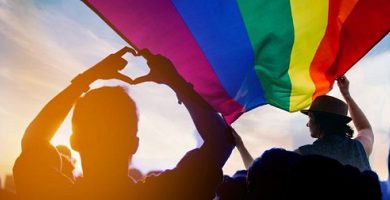