We explain to you what man is and its meaning throughout history. In addition, its definitions according to philosophy, anthropology and biology.

The human being, formerly generally referred to as man (ruled out by referring only to human beings of male sex), is the only animal conscious and capable of language that exists on Earth . Its existence on the planet comes from 315,000 years ago, when it emerged among other hominid species today extinct and spread throughout the continents.

The distinctive range of our species is the development of a complex consciousness, capable of generating articulated language and at the same time of intelligent reasoning, which has allowed us to understand and forge the world around us in the way that is most convenient for us. For this we have developed tools, artifacts and even previously nonexistent chemical elements.

However, the human being is alone on his planet and lacks the answer to his most transcendental questions about existence , life and death , so he has developed different philosophies and belief systems throughout the centuries of human civilization , which among other things have allowed him to define himself.

In that sense, we humans  share essential mental and cognitive traits , such as the awareness of ourselves and our certain death, the ability to remember our past and anticipate the future, as well as to symbolically link with the universe (through the art, or religions, for example).

However, it is always a challenge to define what is human, and in this respect many perspectives have been woven over time.

The branch of philosophy that deals with thinking the essential sense of the human , encompassing it, fully contemplating it, is philosophical anthropology. His essential question, in that sense, is “what is man?”, And since ancient times he has offered numerous possible answers.

Thus, for the French philosopher René Descartes (1596-1650), father of rationalist thought, the human being should be defined as a thinking being; while for Immanuel Kant (1724-1804), the first philosopher of criticism and forerunner of German idealism, the distinguishing feature of the human being must be his ability to self-determine morally.

On the other hand, the German poet, playwright and philosopher Friedrich Schiller (1759-1805), the central figure of Weimar’s classicism, proposed that man was “a being who may want”, a definition closely linked to Romanticism , which valued emotions and human subjectivity above any other trait of his person.

Other definitions of the human link him with his ability to build tools (Benjamin Franklin), to symbolize (Ernst Cassirer) or to develop his own articulated language (Ferdinand de Saussure). For its part, the Marxist concept (in the doctrine of the dialectical materialism of Karl Marx), proposes it as the protagonist of history: the being able to create, produce and transform reality within reach.

The human being is a gregarious being , who prefers the company of his fellows to loneliness, and that is why since ancient times he has grouped into increasingly large and organized tribes, communities and social structures.

Thanks to his capacity for complex language and communication, he was able to conceive and transmit to his offspring a set of beliefs, laws and vital perspectives, which today we know as culture .

In his diverse cultural branches, the human being has always mythified his own origin , through fables and foundational stories that, in general, have a magical or religious character. Belief in a creator god (or several) is widespread in human civilization, and hence also an idea of ​​himself as the summit of creation, the owner of the world.

The human being is a living being of the animal kingdom, belonging to the order of primates and the family of hominids. The scientific name of the species is  Homo sapiens  (which translates “wise man”), and it originated during the middle Pleistocene, between 0.781 and 0.126 billion years.

It is a bipedal species, of notorious sexual dimorphism (physical differentiation between the sexes) and sexual reproduction that takes about 9 months to engender a new individual.

It is also one of the few species on Earth that has sex independently of the reproductive cycle.
Its nutrition is omnivorous and its life expectancy is around 80 years , although it affects genetic conditions and its environment. 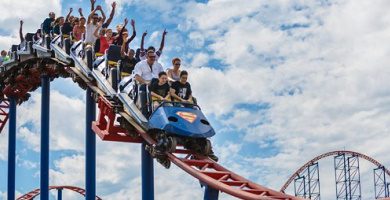 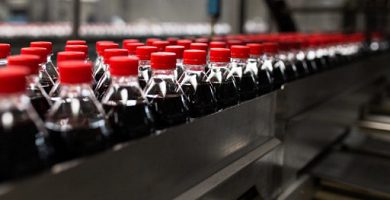