We explain what Positive Law is and its main characteristics. In addition, what are the branches of this right.

It is called positive law, fundamentally, to the written corpus of laws , that is, to the set of legal norms established by a legislative body and compiled in a National Constitution or code of norms (not only laws, but all kinds of legal norms).

The positive right, unlike the natural one (inherent to the human being ) or to the customary one (established by custom), thus obeys a social and legal pact established by the communities themselves for their regulation and exercise of peace , given that the laws They are written and approved sovereignly.

These types of laws regulate citizen behavior , the actions of State bodies and private freedoms , that is, they create the framework of coexistence , justice and resolution of problems necessary for life in society. These laws remain in force until they are repealed by a new legal framework or rejected by the popular and sovereign decision.

Hence, we can talk about two forms of positive law: the one in force and the one that is not in force . The first acts according to what has been said, while the second constitutes the legal history of a nation or collective. To it can be added the legal history of the culture to which the community belongs.

First, the positive right is a system of coercive norms, that is, that can be used to force others to act in a certain way . The primary function of the State , seen in this way, is to ensure compliance with said norms, including through the monopoly of violence (repression, law bodies, etc.).

On the other hand, any positive norm must be written, published, disseminated in the community to which it governs, that is, it must be public knowledge. A law cannot be obeyed if nobody knows it, and for that there are physical supports on which the legal regulations are printed and circulated: constitutions, codes of various kinds, regulations, etc.

And finally, the positive right is not definitive: it is constantly changing, remodeling, updating and adapting to the legal and social reality of the communities they regulate. The history of positive law is also, in some way, that of the legal needs of citizens.

Positive law is mainly classified into two categories or branches: public law and private law . This division dates back to the times of Ancient Rome and is based on the distinction between the affairs of people’s private life , and the public life affairs of the State. Each slope has its own branches, which we detail below: 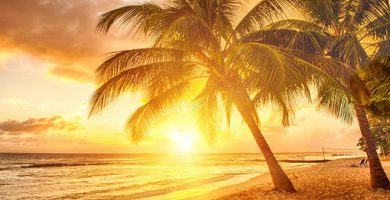