We explain what electrical conductivity is and based on what varies. Electric conduction of metals, water and soil.

Electrical conductivity is the ability of matter to allow the flow of electric current through its particles . This capacity depends directly on the atomic structure of the material, as well as other physical factors such as the temperature at which it is located or the state in which it is ( liquid , solid , gas ).

Electrical conductivity is the opposite of resistivity , that is, resistance to the passage of electricity from materials. There are then good and bad electrical conductors, insofar as they are more or less resistant.

The symbol for representing conductivity is the Greek letter sigma ( σ ) and its unit of measurement is siemens per meter (S / m) or Ω −1 · m −1 . For its calculation, the notions of electric field (E) and conduction current density (J) are also taken into account , as follows:

The conductivity varies depending on the state in which the matter is . In liquid media, for example, it will depend on the presence of salts ( ions ) in them, since electrolytes are formed inside that respond easily to an electric field.

Instead, the solids have a much tighter and less atomic structure movement , so the conductivity depends on the cloud electrons shared bands valence , which varies according to the atomic nature of matter: the metals are good electrical conductors and non-metals , on the other hand, good resistant (or insulators, such as plastic).

The water generally is a good electrical conductor. However, this capacity depends on its margin of Total Dissolved Solids (TDS) , since the presence of salts and minerals in the same way the electrolytic ions that allow the passage of electric current. Proof of this is that distilled water , to which all its minerals are removed in a laboratory, does not conduct electricity (nor is it absorbed by the human body).

In this way, the conductivity of salt water is greater than that of fresh water . The increase in the conductivity rate can be recorded as dissolved ions are added in the liquid, until an ionic concentration stop is reached in which pairs of ions are formed that cancel their charge, thus preventing the conductivity from increasing further.

The soils generally have different electrical conductivity, depending on various factors such as water irrigation or the amount of salts present. As in the case of water, more saline soils will be better electrical conductors than less saline soils , and this distinction is determined many times by the amount of water they receive (since water can “wash” the salts from the soil).

Thus, in many cases techniques such as washing (for very saline soils) or the injection of other neutralizing elements (such as sulfur) are used for very basic ones. This can often be determined by electrical conduction tests.

Metals are in general excellent electrical conductors . This is because atoms of this type come together in metallic bonds , for which it is essential to sacrifice electrons from the outer layer (valence layer). These electrons remain around the metal like a cloud, moving around the closely linked atomic nuclei, and it is they who allow the electric flow.

Thus, when applying the metal to an electric field, electrons flow freely from one end of the metal to the other, as is also the case with heat, which are both good transmitters. That is why copper and other metals are used in power lines and electronic devices.

What is assertive communication? 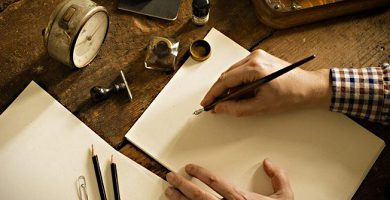