We explain what aquatic ecosystems are and how they are classified (sea, or freshwater). Features and examples.

An aquatic ecosystem is all that ecosystem that develops in a body of water of diverse size and nature , which includes seas , lakes, rivers, swamps, streams, lagoons and coasts. They play a vital role in the nature of water , its cycles, as well as the organic content present in it, both from natural and sedimentary sources ( soils).

Aquatic ecosystems are broadly divided into maritime ecosystems (those belonging to the ocean and its coasts) and freshwater ecosystems (rivers, lakes, lagoons and streams), because according to the physical and chemical characteristics of each, they will have a different fauna and flora , adapted to the vital conditions as well as possible.

The marine ecosystems are extremely varied and rich in fauna and flora, in a wide range from microorganisms, marine mammals, fish, mollusks, to large predators and plant forms static and mobile. Recall that from there comes life on the planet. These ecosystems adapt to the depth they are in, and that roughly we can classify into four zones:

The Freshwater Ecosystems , on the other hand, are divided according to the movement of water in three types:

The aquatic ecosystems are numerous and abundant in life, so they usually present complex trophic chains , of animals adapted to the specific conditions of the water: their salinity, their currents, etc. In the case of rivers, much of it will depend on the terrestrial elements dragged or dissolved by the current, as well as the presence or absence of mineral or organic matter in the soils that it travels.

With the exception of amphibians and aquatic reptiles, many of which develop in the water but return to land to spawn (or vice versa), most of the animals in these ecosystems are adapted to permanent immersion in the water , so that depend on its biotic balance.

The same goes for flora, mostly composed of algae, corals and other photosynthetic forms that abound in the most superficial regions, where there is more sunlight. In the marshes, on the other hand, where the water is dark and full of organic debris, life adapts to the low concentration of oxygen.

Some examples of aquatic ecosystems are: 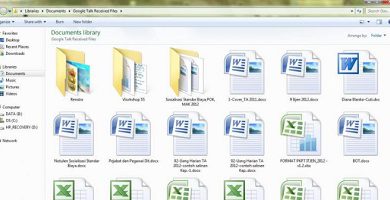