We explain what the universe is and what the Big Bang theory about its origin consists of. In addition, what are the theories of its possible end.

The universe is the conjunction of all that exists ; be it material like planets , stars , galaxies  or in immaterial contrariety like energy , space or time . This is why we can affirm that the universe is the space and time in which the planets and their physical laws that govern them are found (such as the law of gravity ).

The universe, in broad strokes, is formed by interconnected galaxies that originate clusters of galaxies that in turn relate to other clusters generating, consequently a cosmic network that expands throughout the universe.

The universe has a variable extension and difficult to calculate because it can also contain other universes . In turn, we often think that the universe is static but the reality is that it is a changing place full of phenomena.

The Big Bang theory is the most accepted scientific theory about the origin of the universe. It states that approximately 13.7 billion years ago all the mass and energy (of the universe) was concentrated in an extremely small and dense point that exploded and in this way, gave rise to space and time and to the set of essential particles that united they formed matter and energy.

The Big Bang theory  bases its foundations on Einstein’s theory of general relativity , concluding that the universe is not static but is in expansion and constant movement. This theory also defends the idea that the universe is finite, that it had an origin and that in turn will have an end.

At present, there are a number of theories that, after a hypothesis, explain how they think the end of the universe will be. To begin, we can talk about the Big Freeze model , which dictates that the continued expansion of the universe will cause (within a billion years) the extinction of all stars, resulting in a cold and dark universe.

We can also mention the Big Rip theory (or the big tear) that proposes that the more the universe expands, the more dark energy is generated, reaching a time when dark energy will overcome gravity by breaking the balance that It is present between both forces and generating the disintegration of any type of matter.

Finally, we talk about the phenomenon of Big Crush that defends the contraction of the universe at a single point after its maximum expansion, giving rise to a new Big Bang. 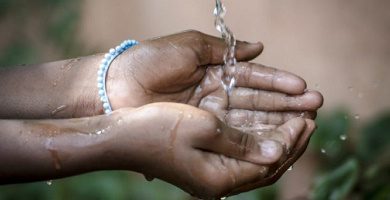