We explain what a species is, what is its origin and its relation to gender. The types of species, the species in extinction and examples.

In biology , species is understood as  the basic unit of classification of living beings , that is, the bottom step of all forms of biological taxonomy . A species is a set of organisms capable of reproducing and obtaining fertile offspring (not hybrid), and that share their basic evolutionary defining features.

There are currently about 1.9 million species of living beings on our planet , spread across the diverse realms of life. Many of them share evolutionary origins or are evolutionarily related from some common ancestor, although the category of species is difficult to apply to primitive organisms of non-sexual reproduction , since they are not just reproductively homogeneous.

The biological classification gives each species its own name, written in Latin and consisting of two terms : first that of the genus and then that of the species, as in  Homo sapiens , name of the human species. In this sense, when we use common terms to refer to certain forms of life, such as “dog,” “cat,” “fungus,” or “fern,” we actually mean a set of species that can be extremely diverse.

The way in which the species appear is known thanks to the works of Charles Darwin, mainly . His essay  The Origin of Species  published in 1859 laid the foundation for what we know today as the biological Evolution . In that text, Darwin explained that the species of living beings came from other previous species, that is, from their predecessors, whose fates had been determined by environmental pressure, that is, the competition to survive and reproduce against other contemporary species . This competition was called by Darwin “natural selection”.

Thus, the species come from each other earlier, dating back in life to a common ancestor , and so on until the first forms of life. Darwin understood all this when in his travels he realized how the species of the Galapagos Islands were similar, but at the same time different, from those on the mainland. This suggested that, geographically apart for a sufficient amount of time, island species had adapted to their new environment, following an evolutionary path different from that of their mainland companions. And so, eventually, each variant ended up being a different species.

In the scientific name of the species of living beings, we can see both the genus and the species, written in Latin:  Homo sapiens , genus “Homo” (human) and species “sapiens” (wise). This is because the genus is a higher taxonomic category (more general, less specific) than the species , but inferior (less general) to the family.

The genus, thus, is a lineage of species, evolutionarily related and that somehow constitute variants, it could be said that different materializations, of a general concept that encompasses them. The genders, moreover, can be divided into subgenres or infragéneros, sort of genders-within-the-genre, or can be grouped into supergenera, an intermediate link between gender and family. There may be genera of a single species.

Species can be classified according to the realm of life to which the animals they describe belong. In that sense, we know (according to 2009 standards):

Some examples of species are:

Native species are those that are native to the habitat in which they are found , that is, they do not come from migrations , nor have they been introduced artificially. However, unlike endemic species , native species can perfectly be found in other environments, in which, logically, they will no longer be native, but exotic species.

For example: the marine iguana of the Galapagos Islands ( Amblyrhynchus cristatus ) is native and endemic to the islands, since they originate there, and nowhere else in the world is it found. In contrast, the Argentine ant ( Linepithema humile ) is a species native to South America (Argentina, Paraguay, Bolivia and southern Brazil), which has been artificially introduced to all other continents except Antarctica, and in them competes with the species of native ants from these continents.

Exotic species, introduced species or foreign species are those that are not native to the place where they are found , that is, that have been artificially introduced or that are the result of migrations. In this sense, they are considered the opposite of native species.

Exotic species can be beneficial or harmful to the habitat that receives them , thus altering the local ecological balance, and may result in competition for native species. In case they are harmful, they are considered invasive species.

The human being is responsible for many species introductions over time , either consciously (ecological engineering) or involuntarily. A clear example of this is the cows ( Bos taurus ), which are now grazed throughout the world but have a South Asian origin. Another is the various species of wheat ( Tricutum spp ), introduced by agriculture on all continents.

Invasive species are considered to be exotic species that, once they reach a new habitat , proliferate and generate an alteration in the native ecosystem , displacing other species or impoverishing the ecological niche, since they come from an external biological system. These species can represent a real biological danger, not only at the biotic level but also at the economic and agricultural level, or public health , and therefore there are international regulations regarding the control of the transit of animals, plants, seeds, etc.

An example of invasive species is represented by common rabbits ( Oryctolagus cuniculus ) introduced in Australia in the 19th century to practice the sport of hunting, and that proliferated to such an extent that they became a plague in this country, putting whole plantations in check , since they did not have natural predators in that ecosystem.

Extinction is the death of a species , that is, the disappearance of all the individuals that compose it. It is a process that has often occurred in the biological history of the planet, sometimes individually and sometimes massively, in what is known as mass extinctions, evidenced in the geological fossil record.

Extinctions can occur for various reasons : drastic changes in the ecosystem (climatic, chemical, geological, cataclysms, etc.), emergence of a new, more successful species (natural selection) or, as is the case today, by human activity: pollution , hunting or indiscriminate logging, etc. 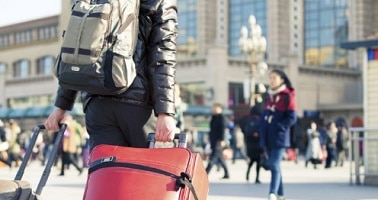 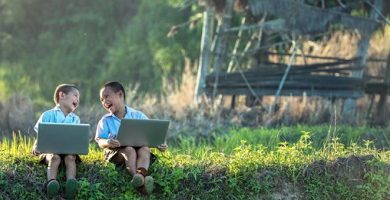