We explain what Color Theory is, historical examples and the properties of color. In addition, the RGB and CMYK color models.

Theory of color is known as a set of basic rules that govern the mixing of colors to achieve desired effects, by combining colors or pigments. It is a principle of great importance in graphic design , painting , photography , printing and television, among other visual areas.

There is no single Color Theory , however, but a set of approaches to color and its dynamics. Many of them are part of the history of art or physics (optics), and have different authors.

For example, the pre-Romanesque German poet and scientist Johann Wolfgang von Goethe (1749-1832) in his book Theory of Colors of 1810 already proposed a circle of color, based on the studies of the matter of Isaac Newton himself. Another known case is that of Wilhelm Ostwald (1853-1932), German chemist and philosopher.

One of the main inputs of every theory of color is the color circle . It is a circular representation of all the colors of the visual spectrum, organized in such a way that the opposite colors face each other and the complementary colors are close to each other.

The color circle allows to identify the primary or pure colors, and those that are considered derivatives, that is, the result of the mixture of colors.

According to this type of color studies, each one can be attributed different properties, such as:

The RGB color model is named for its primary colors: red, green and blue ( Red , Green , Blue , in English), from which the rest is composed. It is an additive color system , in which colors must be added to produce a new one.

The exceptions are black, which occurs in the absence of light (and therefore, color) and white that occurs in the presence of all colors, recomposing the spectrum. This system is used in most televisions, computer monitors, video projectors, etc.

The CMYK model is different from the previous one, but its name is also the union of the initials of the colors it takes as a reference: cyan, magenta, yellow (in English: yellow ), with the addition of black (called Key in English to avoid the confusion with the B of the RGB blue ).

This model includes the color from the absorption of light, so that unlike RGB, it is subtractive , subtracted: the mixture of all pure colors (blue, red, yellow) gives black, total absence of light.

This color model is used in various ink printing techniques, since paper lacks the light properties of monitors or projectors. For this reason, when working on a digital design program, RGB must be converted to CMYK when preparing the design for printing.

What is Lamarck's theory? 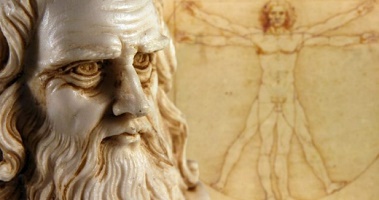