We explain what rock music is, the origin and history of this famous musical genre. In addition, its subgenres and the instruments it uses.

Rock music is known as a set of varied genres of popular music, more or less descendants of the original  Rock n ‘Roll  born in the United States in the 1950s, as a result of a fusion between Country music   and  Rhythm  and Blues .

Typically, Rock is a genre recognized by the predominance of the electric guitar , with 4/4 beat songs and a verse-chorus structure. But in its particular evolution it is difficult today to find really common characteristics.

In general, the themes of his songs point to the social, political and also love and emotion, emphasizing especially aspects such as composition, live performance and originality.

The different styles of Rock have served throughout the decades of representation and spirit to various urban groups or “tribes” , and even to social movements of different nature, becoming at the same time a countercultural and anti-system flag, vehicle of the social denunciation and claims of minorities, and also in a representative of American culture and its economic, political and social conquest of the world during decades of imperialist behavior.

Rock originated in the 1950s in the United States and the 1960s in the United Kingdom. The first was known as the “golden age” or also the period of “Classic Rock”, in which Rock n ‘Roll emerged, whose first theme in history was  That’s allright , Mama  of Elvis Presley (according to other researchers was “Fat man” by Fats Domino), considered the King of the genre.

During the 1950s, rock would be popularized on a large scale in the United States and the West, thanks to artists such as Eddie Cochran, Jerry Lee Lewis and Roy Orbison, when not the great “black” Rock musicians: Chuck Berry, Bo Diddley and Little Richard.

The success would be such that in Detroit, the United States, Rock and Rhythm and Blues would begin a joint path, from which a soloist and famous dancer would emerge in the following decade: Michael Jackson, who would later be the “King of Pop.”

The 60s begin with the “British invasion” whose first agents were The Beatles, The Rolling Stones, The Animals, The Who, among others. Shortly after a real explosion of rock variants would take place, nourished by the countercultural movement and the hippie spirit of the time.

In the 70s bands like Black Sabbath, Led Zeppelin, Deep Purple or Queen took elements from other musical genres, such as opera or the Soul, to give birth to numerous Rock styles: melodic and artistic, or fast and loud.

Highlights Punk Rock, born in the United Kingdom at the end of the decade and clearly oriented towards political content. In this decade, bands such as Genesis (with Peter Gabriel), Ramones, Yes, Alice Cooper, Van Halen and colossal artists such as David Bowie stand out.

The 80 marked the return of Rock to more commercial aspects , eventually giving birth to Pop, with bands such as Duran Duran, Tears for Fears, INXS, Billy Idol or, even more, Michael Jackson and Madonna. On the other hand, Alternative Rock is present with The Cure, U2, REM, Pixies and many more, along with the remnant of Punk.

The 90s brought a new British invasion, as well as the appearance of more disenchanted and sad slopes such as Grunge or Britpop, or more mechanizing such as Industrial Rock, which took sounds from factories and factories, and then gave rise to electronic music . Legendary bands like Guns n ‘Roses, Metallica, Nirvana, Radiohead, Oasis, Blur and Placebo made their entry into the picture.

The subgenres of Rock are numerous. However, a list of the main ones would include:

The electric guitar is the great protagonist of Rock, to the point that its sound has become typical of the genre and is associated with it directly, especially in solos or “riffs”. Other typical instruments are the bass and drums , but also the electric piano or keyboard, and in the most contemporary cases, the synthesizer is also included, an electronic device capable of producing novel and particular sounds.

Pop is born next to Rock, and would become its most commercial and conventional brother, which gives more attention to fashion rhythms , dance and more ephemeral but popular values. However, on its way it has varied as much as Rock, coming at times to merge: Pop-rock.

Types of Summary with Definition and Examples 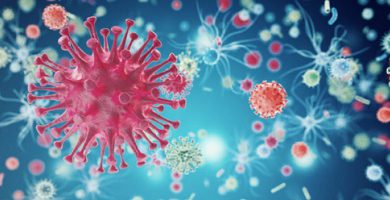