We explain what recycling is and how important it is to carry out this action. What is recycling symbol? In addition, polluting factors, benefits and costs, the types of recycling and the norm of the 3R. Recycling chain and

Recycling is understood as the action of converting waste materials into raw material or other products , in order to extend their useful life and combat the accumulation of waste in the world. Recycling reinsertes the waste material from numerous industrial, business or daily consumption activities in the production chain, allowing it to be reused and reducing the need to acquire or develop new materials.

Not all existing materials are recyclable , but a good number of them are, such as cardboard, glass, aluminum, paper and certain types of plastics , which can be subjected to various reuse processes and restart their useful cycle . In other cases, on the other hand, they cannot be given the same use, but they can be given a different one in construction, decoration, energy obtaining processes , etc.

This is the case with organic waste (food scraps, liquid waste, etc.), which are not recyclable, but luckily there are biodegradation processes that carry out an equivalent natural activity , and can be used for  composting  or fertilizer manufacturing.

Recycling is a minority activity in the face of the enormous manufacturing capabilities of new materials that are launched daily in our post-industrial world. It is often much cheaper to produce something new than to recycle something old, which makes this much-needed activity in ecological terms unprofitable.

To talk about recycling, it is important to know about the polluting factors in which we must be aware in order to take care of the environment and end global pollution. Which we refer: 1

Recycling is a way to combat the contamination of soils and seas, since the prolonged presence of garbage in them causes unpredictable changes in their biotic and ecological processes. In the face of the construction of a sustainable industrial life model over time , that is, that does not lead to disease, extinction and climate change , recycling is imposed as a human necessity.

On the other hand, recycling certain elements can be a moderately lucrative activity , once it is implemented as part of the daily culture. Recycled items are purchased by companies that take advantage of them to decrease their acquisition of raw materials, so that it is a win-win scenario.

There are various forms of recycling, depending on the nature of the material in question, such as:

It is known as the “norm of the 3R” to a pattern of bioamigable culture, which leads to a sustainable society. To do this, three key concepts must be implemented in our daily lives, which are:

For the separation in domestic origin 2 different colored containers are used located in urban or rural environments:

Rule of the 3Rs

The three Rs are a practice to achieve a more sustainable society.

According to the Economic Information Study Recycling United States, more than 50,000 recycling facilities have created more than one million jobs in the US. UU.

Years after New York City declared that implementing recycling programs would be “a drain on the city,” New York City leaders realized that an efficient recycling system could save the city more. of 20 million dollars.

The auto recycling industry in the United States alone employs about 100,000 people per year.

What is recycling symbol?

The logo is an environmental icon and a classic in the world of graphic design; It is currently used throughout the world to identify products that are recyclable.

It was created by the American Gary Anderson in 1970, as part of a contest organized by the Container Corporation of America, a paper company based in Chicago, United States.

The company launched the contest, among other things, as part of the activities that were organized during the Earth Day that began to be celebrated that same year. Anderson, originally from Honolulu, Hawaii, was 23 years old and had just graduated from an architecture degree.

Its design was inspired by the Möbius Strip , which is a single-sided, single-edge surface, as well as the work of the Dutch artist MC Escher .

The award was announced during the Aspen International Design Conference (IDCA) and Anderson was awarded a $ 2,500 scholarship, which he used to study for a year at the University of Sweden.

The symbol is now used around the world, with different variations, to identify recyclable products, as well as to represent the three “Rs” that environmentalists drive: reduce, reuse and recycle.

In 1988, the Association of the Plastics Industry in the United States took this image as a basis to create a code that allows us to know what is the predominant material in the manufacture of a product and, therefore, identify the complexity of its recycling. This code uses a scale of one to seven and identifies a number of plastics.

The one is for those products made with polyethylene terephthalate (PET) and that are the easiest to recycle. The difficulty of recycling increases with the scale up to the number seven, which is used for those products made from plastic materials that are really difficult to recycle. The number that corresponds to each material is found inside the recycling symbol, the three arrows created by Gary Anderson. 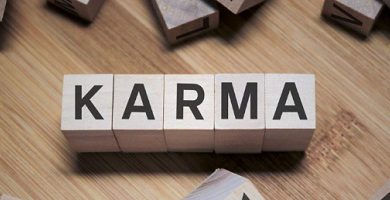