We explain what paraphrase or paraphrase is, how to make a paraphrase and examples. In addition, mechanical and constructive paraphrase.

Paraphrase (or colloquially “paraphrase”) is the act of explaining the content of any text using own words , to facilitate the understanding of the text through a different language. This procedure is common in teaching, evaluation and knowledge checking.

The term “paraphrase” comes from the Greek words for , which means “together”, and phrasis , “diction.” It is commonly understood as the act of “translating” a statement or a text of its original language into a more personal, intimate, plain or colloquial one. It is a summary method since the paraphrase tends to be shorter, simpler and simpler than its original .

Paraphrase is a mechanism of extremely daily use in our lives and can be classified into two different types: mechanical paraphrase and constructive paraphrase, depending on the degree of distortion of the original text that is carried out.

For example, if the original phrase says: “The playwrights enter into the creative dynamics that are their own with the confidence of those who enjoy a captive audience,” we could mechanically paraphrase it like this: “Theater writers immerse themselves in their methods of literary creation with the confidence that always gives them the same audience ”.

The constructive paraphrase allows many more freedoms with respect to the original text , reconstructing it and intervening it deeply, but always keeping the same meaning intact.

For example, if the original phrase reads “The playwrights go into the creative dynamics that are their own with the confidence of those who enjoy a captive audience,” a constructive paraphrase could say: “When creating, theater writers they have an advantage that other writers do not, and they have a captive audience to give them greater confidence. ”

Some examples of paraphrase are:

Original : “The purpose of  art  is to give body to the secret essence of things, not copy their appearance,” said Aristotle.

Paraphrase : According to Aristotle, art has the mission of embodying the hidden essence of reality, instead of simply copying its appearance.

Paraphrase : The destruction of those islands and lands began after hearing the news of the death of Queen Elizabeth in 1504.

Original : “Some recent research by E. Fermi and L. Szilard, which has been communicated to me in a manuscript, makes me assume that the uranium element can become a new and important energy source in the immediate future” (Albert Einstein, in letter to Franklin D. Roosevelt)

Paraphrase : Albert Einstein had received then recent research from E. Fermi and L. Szilard and had concluded that uranium could become a new and important source of energy in the not too distant future.

To elaborate a paraphrase is very simple, but first of all it requires the understanding of the original text . Therefore, the first step is its reading and interpretation, in order to fully understand what it says. Then you can extract the main ideas from the text and then the secondary ideas.

Once this information has been obtained, we can proceed to explain in our own language what the original text said , knowing that the main idea should be the same and the secondary ideas should have the same relationship in the text. Tertiary or contextual ideas may be discarded. 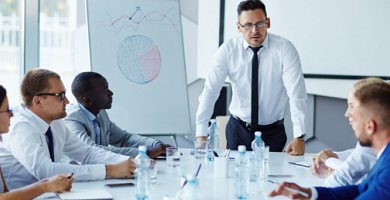