We explain what a paradigm is and the different processes that must be followed. In addition, its definition in linguistics and social sciences.

The concept of it  reflects something specific that works as an example to follow . It is also used to indicate what works and is taken as a model.

In its beginnings, this word was only taken into account in a grammatical sense and only in a context. In addition, the rhetoric adopted a special appreciation for it, since it was used as a means of mentioning fables or parables whenever necessary.

Over the years, more precisely since 1960, the scientific field began to use “paradigm” more frequently , giving it a disfigured notion of the original. Within the epistemological sector it is used to refer to the various existing models and patterns.

To understand the concept of paradigm as a role model or example, the following example is cited: “Professor Julian, from primary school, is a great paradigm for children who are still in their training phase.”

Within the history of mankind, the first subject who used the concept in question is located in Ancient Greece: the Greek philosopher Plato. This character of great relevance in the philosophical field exposed his own vision and his own meaning of paradigm. Plato defines this term as a resource to be able to name a set of ideas or different types of examples found in a given thing.

With regard to the scientific field, the figure of Thomas Kuhn, recognized philosopher and scientist, stands out for renewing the concept of paradigm to one that adapts more to current times and pointing in turn to a more theoretical sense of the word . Khun states that a paradigm is made up of each practice necessary to highlight the lines of the different existing sciences during a specific period of time.

In this sense, a paradigm within science aims to achieve results in regards to scientific research . Therefore, a paradigm then links the different processes that must be followed, which are:

Although a paradigm obtains stable and mature characteristics, there is a possibility that it does not meet the necessary requirements for the results sought. This can occur when new knowledge appears in contrast to those that were available, therefore a paradigm must be changed to one that adapts to the current landscape.

In the linguistic field, the concept of paradigm adopts a different meaning than in science. Here this word is used to refer to a very varied set of words and as long as it remains in the same context , the use of any of them does not change the tonic that is sought to be exposed.

As an example, the following expression is cited: “That one (…) was alone.” Within the blank parenthesis of the previous expression, any noun, such as girl, old woman, young woman, cat, etc., can be included interchangeably.

As far as society and social sciences are concerned , the concept of paradigm is closely associated with that of worldview . In this way, the term in question is used to refer to the set of experiences, experiences, beliefs, ways of thinking and customs that have the ability to transform and influence the perception that a human being has about reality and the world that surrounds, as well as his way of acting.

In this sense, then, a paradigm is the way in which someone perceives reality in their own way. 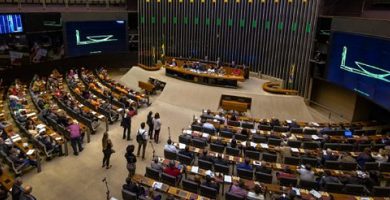 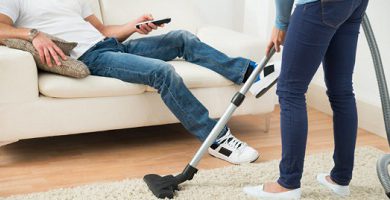