We explain what Pangea was, when it existed, how it was formed and divided. Also, what is the theory of continental drift.

Pangea was the former supercontinent that existed between the end of the Paleozoic Era and the beginning of the Mesozoic Era , that is, between 335 million years and 175 million years before our time. In it converged all the current continents , forming a large land mass with the appearance of a letter C, distributed across the equator.

Pangea was surrounded by a single sea, called Panthalassa, and housed a smaller one in its concave part, called the Tetis Sea. Its surface was so massive, that the continental interior had very little contact with the humidity of the ocean and therefore received very little rainfall, so it was a gigantic desert.

Inside, land animals could migrate freely without being interrupted by water passages. There lived the first dinosaurs in history .

Its name comes from the Greek bread , “everything,” and gea , “earth.” It was proposed by the German geophysicist Alfred Wegener (1880-1930), also author of the Theory of Continental Drift (1912), the latter process that accounts for both its formation and its separation.

The formation of Pangea was just one stage in a long road of formation and disarticulation of numerous supercontinents. The formation of Rodinia can be taken as a starting point, about 1100 million years ago, during the Proterozoic period.

These fragments had a life of divisions and displacements. Approximately 359 million years ago, at the beginning of the carboniferous period all previous continents unified Pangea . During this period of formation, numerous mountain ranges originated, such as the Atlas, the Appalachians, the Urals, Ouachita, among others.

Pangea began its decomposition in the middle of the Jurassic period (201-145 million years ago), when it suffered a crack that ranged from its inland ocean (Tethys) to what would later be the eastern Pacific.

Thus the current North America separated from Africa, generating abundant faults that in turn gave rise to the Mississippi River, and to a new ocean: the North Atlantic, which began an enlargement to the south that took several million years. At the same time, Laurasia initiated a movement that closed the sea of ​​Tethys and Africa suffered a series of cracks that later gave rise to the Indian Ocean.

Subsequently, during the Cretaceous period (140-150 million years ago), the supercontinent Gondwana was divided into four new continents: Africa, South America, India and Antarctica / Australia. From the latter, New Zealand and New Caledonia soon began their independent lives, as islands, during the late Cretaceous.

Finally, at the beginning of the Cenozoic Era (Paleocene and Oligocene periods), Eurasia separated from Greenland and North America, opening the Norwegian Sea about 60 million years ago. The expansion of the Indian and Atlantic oceans continued, Australia then separated from Antarctica and moved north, while it remained in its current place at the south pole.

This gave rise to the circumpolar current, which runs through the free space between Antarctica, Africa and South America . About 35 million years ago, India collided with Asia and formed the Himalayas. The continents finally approached their current position, so it could be said that we live in the final era of the separation of Pangea .

This theory is the explanation that Alfred Wegener enunciated in 1912 to explain the current formation and location of the continents . It was properly demonstrated and explained thanks to the development in 1960 of plate tectonics.

The formulation of this initial theory was based on the fact that the continents fit together like puzzle pieces , and that the geological distribution and the fossil record show important similarities in the regions that were once in contact, such as the east coast South American and the West African coast, where the same type of plant and animal fossils could be found.

In his original thesis, Wegener assumed that the continents moved very slowly on a more viscous and dense layer of the Earth , the same that formed the ocean floor and extended under the continents. This concept involved enormous forces of friction that Wegener could not explain and this motivated the rejection of his theories at the time.

Today, however, we know that they are very close to the tectonic reality of the planet, and that the upper layers of the lithosphere move over the viscous layers of the mantle , thus allowing the constant reconfiguration of the earth’s surface of our planet. 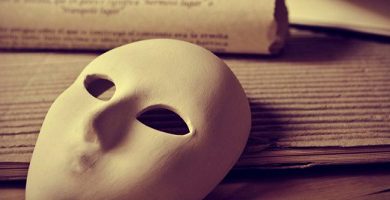