We explain what mitosis is and the different phases of this form of reproduction. Also, what is meiosis?

Mitosis is called the most common form of asexual reproduction  of eukaryotic cells , that is, those endowed with a nucleus where their entire genetic material resides. This process takes place when a single cell is divided into two identical, endowed with the same DNA, so it does not provide genetic variability except in case of  point mutations.

Mitosis is a common cellular process, which occurs even among the cells of the human body and other multicellular animals, since it is the way to repair damaged tissue, or to increase the size of the body (growth). The total reproduction of the individual, on the other hand, is produced by gametes and is called meiosis.

The primary task of mitosis is, of course, cell multiplication, but also the intact preservation of genetic information, through identical copies (clones). This does not prevent damage or copying errors in the DNA during the replication process, especially in the initial stages, which leads to more or less dangerous mutations.

It should be considered that mitosis is a traumatic cellular process, that is, that forces the cell to undergo a series of changes and interrupts its normal functioning for a period of time.

Many unicellular organisms use mitosis to reproduce. It can also occur in the form of endomitosis , when a cell divides internally, without completely separating its cytoplasm and without dividing its nucleus , in a process also known as endoreplication, and that throws cells with many copies of the same chromosome into the same core.

Mitosis is a complex process that can be divided into phases, which are:

Meiosis is a process at times similar to mitosis, but that distinguishes itself from it in being a combinatorial, sexual mode of reproduction , which introduces genetic variation and results in a new single genome individual, rather than two individuals who They share genome.

The sexual reproduction of the human being and other animals responds to this process, which requires the union of two gametes (instead of a single stem cell): cells that contain half of the genetic load of the whole individual, and that when combined with that of the other gamete (ovules and spermatozoa), the entire DNA is restored, after passing some random recomposition phases.

This method of reproduction is the most convenient for life , since it does not produce clones of the parent, but a totally new individual, bearer of fragments of the genome of each of his parents. 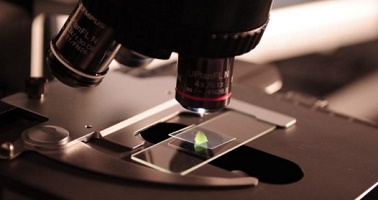