differences between procedural and nonprocedural language in tabular form:

What is Procedural language? (Explained)

What are the Most Famous Procedural Languages?

Basics stand for Beginner All-Purpose Symbolic Instruction Code. It was created in 1960. Basic was used mainly by students to use the computer for solving simple problems. It is very easy to understand and modify. Basic has a key advantage to widely used for education purposes.

It stands for FORMULA TRANSLATION. FORTRAN is mainly used for engineering applications and scientific use.

It stands for common business-oriented language. COBOL is specially designed for business application. COBOL was developed in the 1960s. The programs written in COBOL are very lengthy but easy to read, write, understand and maintain.

PASCAL Language is used for both scientific and business applications. PASCAL’s name was assigned in the honor of a French Mathematician Pascal.

what are Nonprocedural Languages? (Explained)

These languages are also known as fourth-generation languages or 4GL. In these languages, the user only needs to tell the computer that what to do not how to do it. They can be used by non-technical users to perform specific tasks. Non-procedure languages accelerate the programming process and reduce coding errors. 4GL is normally used in database applications and report generation.

What is meant by SQL?

SQL stands for structured Query Language. SQL is the most popular database query language. It was developed by IBM. It is the national standard by the American national standards institute. SQL works with database programs like MS-ACCESS, DB2, INFORMIX, MS SQL SERVER, ORACLE, Sybase, etc.

RPG stands for REPORT PROGRAM GENRATOR. RPG was developed in the 1960s by IBM. RPG is used to generate business reports. RPG is also popular as a nonprocedural language. Is mostly used with IBM mid-range Computers.

what are Object-Oriented Languages?

Object-Oriented Programming is a technique in which programs are written on the basis of objects. An object is a collection of data and functions. An object may represent a person, thing or place, etc. in the real world. In Object-Oriented Languages data and all possible functions on data are grouped together. OOP is easy to learn and modify. C ++ AND Java are the two most famous object-oriented languages.

You May Also Read:

Difference Between Adolescence and Puberty 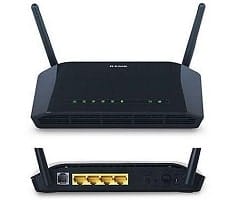