We explain the Bixby And Google Assistant with definition and difference of both in tabular form. As the days go by and everything becomes more technologically advanced every day, human beings are increasingly dependent on technological assistance for the simplest works. Now Android phones have also created their own custom Android smart assist to perform tasks and answer questions that the user is struggling with. Two of these applications are the Google Assistant and Bixby. Both applications accept voice and text commands from the user.

The Google Assistant is Google’s AI-powered voice or text service application that is available on smartphones and smart home devices. Bixby is an application of Samsung electronics for its own artificial intelligence system, to facilitate device interaction and avoid complexity. Google Assistant is better at handling internet queries being searched, while bixby is better at executing voice commands regarding the phone.

What is the Google Assistant? 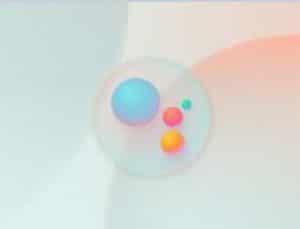 The Google Assistant is a Google AI-powered voice or text service application that is widely available on all smartphones and smart home devices. It has assist quite similar to siri, alexa, or bixby, but provides more advanced assistive intelligence. It is pre-installed on all Android devices within version 6.0 or higher, including all Google smartphones, tablets, and home devices.

It was first introduced during the Google I / O developer conference in May 2016 alongside the Google messaging app allo. The Google Assistant is one of the most dynamic and advanced smart virtual aids available since 2016. Google has spread the Google Assistant around the world. Not only is it useful on your own Google devices, but by collaborating with other companies, Google’s range of assistants has been extended to headsets, speakers, refrigerators, and more.

The activation commands for the Google assistants are “ok google” and “hey google”. These two words will make your life easier as they offer a variety of services, such as voice commands, voice search, voice device control, etc. with internet search optimization. But it also helps in other areas, like scheduling meetings, saving travel plans, selecting a playlist, and many more. 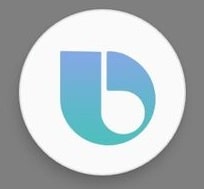 Bixby is an application developed by Samsung Electronics for its own artificial intelligence system to facilitate device interaction and avoid complexities. Bixby is a Samsung application as a new effort to compete with other virtual assistants like google assistant, alexa, siri. Like the rest of virtual assistance, bixby also uses neural networks and deep learning to decode what the user wants and takes the necessary actions. Any smartphone or smart device from Samsung will be used as a stylus to use bixby for a variety of tasks.

Bixby is already installed on all Samsung devices. It was first launched on the Samsung Galaxy S8 and eventually Samsung designed Bixby to work on various Samsung devices such as the refrigerator and television. Bixby can be helpful in getting information on various topics as needed. Texting and calling the desired person is also effective.

The activation commands for Bixby are “hello bixby.” Bixby can also be personalized and better understand the individual voices of users and customize its response according to the user. Bixby can recognize the status of each application and take the necessary actions based on the request.

Over the years, as technologies advance, various companies with their Android virtual assistant. Two of those applications that help us in our daily lifestyle are Google Assistant and Bixby. Both perform the similar task of accepting voice and text commands from the user, but each has its uniqueness and specialty. They can be differentiated based on several factors, such as your parent company, integration, availability, specialty, customization, and wake-up call.

Difference Between Layer 2 And Layer 3 Switch | In Tabular Form

Confession vs Admission with definition and table

SVGA vs XGA with definition and comparison table