We explain what visual communication is and the elements that compose it. Also, why is it so important and some examples.

Audiovisual communication refers to the transmission and reception of a message through images, signs or symbols.

Within this type of messages can be included texts , letters or written words although the nonverbal always predominates. This type of communication has the advantage of crossing language barriers  and can be understood by people who speak different languages. Something very similar happens over time , since the message can be perpetuated.

This form of communication is very old. In fact, its beginnings are located in the time of the caverns , when paintings were made in the caves. Over time, it expanded into the most diverse fields such as painting , television , cinema  and the  Internet . It is a very useful tool when disseminating an idea or brand and that is why it is one of the raw materials for advertisers when designing an advertising campaign.

Different visual elements can be included within the visual communication – always two-dimensional – for the conformation of the message.

Some of them are:

But, in addition, like any type of communication, it has the following basic elements:

Visual communication is more than important and even predominant in our times. We are constantly exposed to it , from when we look at our mobile phone until when we drive and we have to respect the traffic signals. Even when we go to the movies, we watch television or we run into an ad on the street. Basically, they condition our life , guide our behavior , and allow us to bond with the rest of society .

That is why it is essential to know how to read the messages that are transmitted visually, as well as knowing how to produce them. It is an essential tool when spreading messages in a simple and efficient way .

It should be remembered that for these messages to take effect, the issuer must resort to signs, symbols and any other element on which there is a broad consensus as to their meaning. Otherwise, noise will be generated and the message will be misinterpreted.

For example, if you want to indicate that in a certain area you cannot park, the most practical thing will be to put a sign with an E crossed out there, instead of inventing a logo or symbol, so that drivers do not end up parking there.

According to the function that fulfills the message, there are different types of visual communication. Some examples are the following:

Auditory communication is that which is established from the use of the vocal cords . In it, sounds are used and characterized by being verbal. That is why, in order for it to be carried out, both the sender and the receiver must resort to the same code, that is, speak the same language.

As these messages are loud, they require auditory perception. Some examples of auditory communication can be: a telephone conversation, a talk in a cafe or listening to the radio. 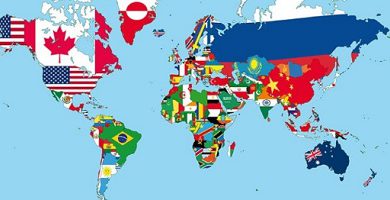 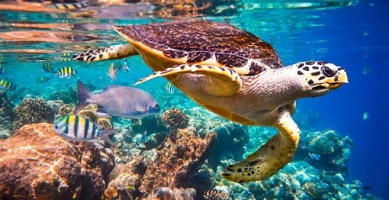