We explain what soil pollution is and what its causes and consequences are. Some examples and possible solutions.

When we talk about soil contamination, as in the case of water and the atmosphere , we refer to the loss of its natural quality due to the presence of foreign or toxic substances , which change their chemical properties and make it incompatible with the life, both natural ( wild fauna and flora ) and human ( agriculture , gardening, etc.).

These pollutants can be liquid , solid or even gaseous , and often cause unpredictable or uncontrollable chemical reactions , contrary to the stability necessary for the development of life . Some of these pollutants are usually the oil , pesticides and agrochemicals, industrial waste or garbage when no radioactive substances or metals heavy, the result of industrial and energy work of the human being .

Some of the common symptoms of soil pollution have to do with the physical and observable presence of waste, but especially with the absence of plant life (and sometimes animal), the destruction of the upper layers of the earth’s crust or degradation of the soil. landscape . All these symptoms usually lead to the deterioration of the health of the inhabitants of the area, when not to extinctions or animal migrations.

On the other hand, soil pollution usually spreads to other elements, such as water and air , since the rains “wash” the soil, taking all the polluting substances that will then deteriorate other ecosystems to rivers, seas and groundwater.

As mentioned, soil pollution usually responds to the poor disposal of processed waste from the industrial , commercial or energy activity of the human being, such as plastics , chemicals, toxins or solvents. The extraction of hydrocarbons (and especially aggressive methods such as fracking ) is also an important source of soil damage and contamination.

In many cases, the origin of these substances is warlike , such as war mines or the material that scatter bombs of all kinds (explosives, incendiary, atomic, etc.), beyond the physical damage that the impact generates.

Other possible, although minority, sources of pollution that are not linked to human labor are volcanic eruptions, geological faults that expose heavy subsoil materials, or meteorite impacts.

The main consequence of soil pollution has to do, as we said, with the loss of its fertility and its incompatibility with animal, plant and human life . Contaminated soils tend to remain sterile and empty for as long as it takes nature and the elements to clean toxic substances or break them down into other harmless elements, and even so, soil recovery will take time.

On the other hand, contaminated soils can see their water absorption capacity adulterated , producing unexpected floods or, on the contrary, withered soils and unsustainable pH (very acidic or very basic), which in the presence of waters give rise to toxic substances and mortal. This usually leads to the devastation of landscapes.

Depending on the specific case, contaminated soils can be decontaminated, either by allowing time to pass until harmful elements are dissolved by rain or dragged into other geographies, or by actively applying materials that counteract the toxic effect . Many of them are biological, such as microorganisms or plants, capable of fixing or degrading contaminants .

In general, however, prevention and responsibility in human activities is the best remedy for this matter.

Some examples of soil contamination are: 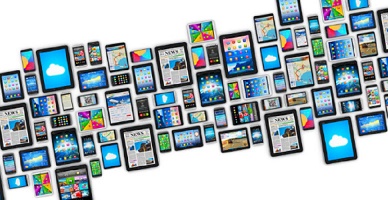