We explain what autobiography is and how it is possible to make one. In addition, how it differs from biography and notable examples.

Autobiography is a narrative genre that undertakes the retelling of the main episodes of a life , emphasizing relevant and defining vital situations. It is considered a form of writing that exists between literature and history, very close to memories, the intimate diary and biography.

The term autobiography comes from English and arose during the 19th century in England , used for the first time in an article by the poet Robert Southey in 1809. However, there are references that point to its use by the German philosopher Friedrich Schlegel a few years earlier.

The distinctive feature of the autobiography is that the narrator of the anecdotes is the character who lives them , and in this case, he is the same author of the book. Narrator, protagonist and author thus converge in a single figure, which is no guarantee of the truthfulness of what has been told, since everything is subjectively addressed from the author’s memories. It would become the literary equivalent of the pictorial self-portrait.

To elaborate an autobiography there is no single method , but it is likely that certain general steps exist, such as:

While both autobiography and biography address the reconstruction of a person’s life , the biography usually aspires to greater scientific or research rigor, which is based on the search for documents, the review of sources of the time, the interview with well-known people of the biography, etc.

While the autobiography has a greater subjective tenor : the biographer recalls his most significant vital episodes and gradually recomposes them, emphasizing some and forgetting others, at his convenience .

Some notable examples of autobiography are the following: 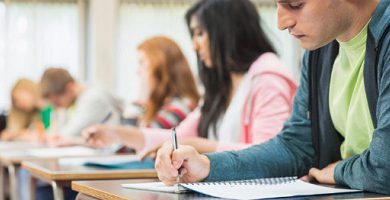