We explain what a scale is and how it is used in technical drawing, physics and geography. In addition, musical scale and economy of scale.

Scale is a term that designates a multitude of different things. The word comes at the same time from the Latin scala (“ladder”) and from the Greek skála (“port”), two senses that are still at the bottom of their modern meanings, within disciplines as different as physics , geography and music.

Indeed, a ladder is a short ladder or a place to dock ships or planes, according to the dictionary of the Royal Spanish Academy. However, its most relevant meaning is an ” orderly succession of values ​​other than the same quality .”

In certain disciplines a scale is a way of organizing certain information in a hierarchical way , following a specific order. For example:

The same happens in other specific fields, which we will see separately below.

Representation scales are determined by the equation:

These scales can be of two types: reduction and extension , depending on whether the exercise of representation they do tends to the first or the second. Thus, a scale of 1 / 50,000 is a scale that reduces 50,000 cm to 1, while a scale of 2/1 increases every real centimeter by 2.

In geography, especially in cartography , scale is a fundamental concept for the representation of space and proportion . On maps , plans, designs or diagrams , the actual size of things would be impossible to represent without complying with certain conventions, similar to those of the previous case.

Thus, when representing a building on an urban map, for example, it will be essential to use a scale, expressed in the same previous terms: X: Y, in which X will be the figurative size, represented with the number 1, and Y will be the actual size of the object.

The proportion of the scale is usually noted on the cartographic maps somewhere, to know how many kilometers each centimeter of the map is equivalent to, and we can understand the distances, the sizes and the proportions. These scales are regulated, standardized and universalized according to professional agreements in the field.

These scales are known as measurement scales , and can be of various types, depending on the units they use: logarithmic, hexadecimal, etc.

The term “Economics of scale” has to do indirectly with the concepts that we have seen before, since it refers to the situation of a company or organization that reduces its production costs the greater the quantity of product manufactured , since it obtains greater benefit from unit finished.

This situation usually occurs when there is accumulated and usable raw material , or when the company buys more facilities, since the investment in machinery is compensated by an increase in production.

In these situations, the higher the production, the lower the unit cost of the product . This is where the scale effect occurs: in which a criterion similar to that of the representation scales is applied to this type of calculation:

Economies of scale usually last up to a limit, which is when the company reaches a certain size and begins to become more expensive management , administrative and bureaucratic speaking.

For its part, the musical scale is nothing more than the succession of musical sounds (known as notes), within a limited set, from which music or a melody can be made.

Thus, the musical scale serves to break down any melody in the notes that compose it , but also to organize the sounds according to a hierarchical, sequential and structural criteria.

The musical scales can be of different types, depending on how many notes they compose: pentatonic (5 notes), hexagon (6 notes), or the one used in most western, heptatonic or diatonic music, composed of 7 notes: do, re, my, fa, sun, the, yes. There is also the dodecaphonic scale (12 notes) or chromatic scale, widely used by avant-garde musicians. 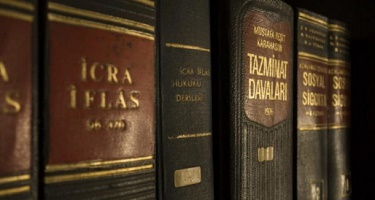