We explain what social norms are, their characteristics, examples and their relationship with legal norms. In addition, other types of standards.

Social norms are a group of rules and provisions determined by society regarding the conduct of individuals.

These are social considerations that society imposes on us as adequate or respectful. However, non-compliance does not constitute a crime , but must be followed to enjoy a better coexistence and acceptance.

Social norms include values , customs , rituals, traditions and behaviors of all kinds, which may be more or less close to moral norms or the cultural tradition of society.

These types of norms are informal and come from the social consensus , that is, from what a certain society (or sector of it) considers in good taste at a given time.

Social norms vary according to their sociocultural context , they are not universal: they depend on the place and time to which they belong. For example, the social norms of Victorian England, famous for its puritanism and modesty, are not the same as they exist today in the same country, nor were they similar to those that existed at the same time, but in China.

On the other hand, the breach of the social norms does not entail a formal or legal sanction in itself, but not following them can lead to situations of rejection , since what they are looking for is to standardize the behavior. For example, we may be denied the right to enter a church, if we intend to do so in a bathing suit.

There are all kinds of social conventions that qualify as social norms. For example:

Social and legal norms have a similar origin: they are part of the norms with which a society decides by consensus to govern itself and that organize, structure and articulate everyday treatment. However, legal norms have a much more formal, universal and coercible status , since their non-compliance entails severe sanctions by the State .

On the contrary, social norms can lead to misunderstandings, to offend others, or to social isolation, but rarely to more risky situations.

Furthermore, social norms can be respected in many ways, even partially, or they can be replaced by others. While legal norms are immovable and define the framework of justice and coexistence of societies. 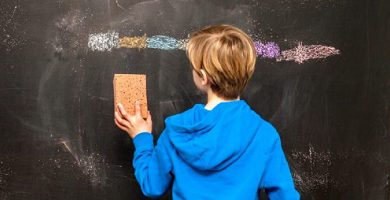