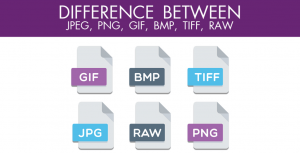 We explain the difference between JPEG and PDF with table. JPEG and PDF are two different types of file extensions that are used to store data like images and texts, etc. They are very effective for Internet use and can be transferred very easily and quickly if they are small in size. JPEG and PDF

Also, the fact that there are different types of computing devices such as PCs, laptops, smartphones, tablets, etc. requires that the images or texts sent by a particular device appear the same on the receiving device. It is in this context that file extensions such as JPEG and PDF are used.

A jpeg pronounced like ‘jay-peg’ is a type of file extension used to send still images and visuals of web pages. It is short for Joint Photographic Experts Group and was released in response to the limitations of Graphics Interchange Format (gif) files.

A pdf, on the other hand, is the shorter version of Portable Document Format. It is pronounced as ‘pee Dee eff’ and is used to send files containing redacted material as well as graphic images. JPEG and PDF

The difference between JPEG and PDF is that the former is mainly used to compress and transfer digital images. The latter, on the other hand, is used to send text, images, fonts and all other forms of information that must be displayed as part of the content of the file in question.

Comparison table between JPEG and PDF (in tabular form)

It is a file format that is mainly used to compress the size of images, especially graphic images. Pronounced as “jay peg” and is the shorter version of the Joint Photographic Experts Group. The process of its creation began in 1986 and in 1992 it was ready to be released as a standard for image files.

JPEG is based on the Discrete Cosine Transform (DCT), an irreversible image compression process first proposed by Nasir Ahmed in 1972. It was introduced as an alternative or rather as an advanced version for GIF files (Graphic Interchange Format ).

Unlike the GIF standard, which is useful only for black and white images or those that have few colors and simple graphics, the JPEG standard can contain more than 16.5 million colors in an image. Also, unlike GIF which can compress an image only by a factor of 4 to 1, the compression capacity of the JPEG format is 100 to 1. JPEG and PDF

As a result of their introduction, digital photos and images created quite a stir on the internet as they helped reduce their sizes, which in turn made them extremely suitable for web design, for example images used on e-commerce websites. or social networks.

However, there is a major drawback to using images in JPEG format, especially for printing. Since JPEG is used to compress images, it often leads to a loss of quality of the image in question. This happens because the JPEG format works by reducing color variations to a medium level and eliminating those elements of an image that are not visible to the human eye. Consequently, if a JPEG format image is enlarged, it appears blocked, making it extremely unsuitable for printing.

It is a file format used to share documents containing redacted materials, images, bitmaps, and fonts between different types of computing devices. It is pronounced as ‘Pee Dee Eff’ and is an acronym for Portable Document Format. JPEG and PDF

It was produced in the early 1990s by a research and development team at Adobe Systems. The team was headed by Adobe Systems co-founder John Warnock and the R&D team’s name was Camelot. It was introduced in January 1993, at the Windows and OS Conference | 2. It was released in 2008 as an open standard, before it was available as a proprietary format.

Besides graphics and texts, PDF can also be used to send annotations, videos, 3D objects and other things. It can contain multiple pages and attachments and offers facilities for digital signatures and encryption to carry out important projects, assignments and other important workflows smoothly without any stress on the appropriate hardware, software or operating system to be used for such transfer of data. data.

One can enlarge a PDF file without worrying about losing the quality of the images and texts it contains. Apart from its versatility, the most remarkable characteristic of a pdf file is that the images it contains are of the highest quality and even customizable, which makes it very suitable for printing.

Main differences between JPEG and PDF

People are often perplexed by seeing terms like JPEG and PDF in the description of web pages. They do not know the meaning and purpose of these terms and consequently remain confused about the exact software that will be used to open and ship them. Even those who know about these file extensions are often confused about their suitability for transferring or printing image files. JPEG and PDF

However, it is important to remember that the JPEG format is mainly used to compress images and is therefore more suitable for web design. The PDF format, on the other hand, is used to send normal standard images. Consequently, it preserves the quality of the original images which is also customizable. This feature of PDF makes it the ideal format for printing images.

difference between emulator and simulator with table

Difference between CPM and eCPM with table

Difference between Mexican and Puerto Rican in tabular form

Difference between Pentium and Celeron with table

Difference between programmed and nationalized bank with table 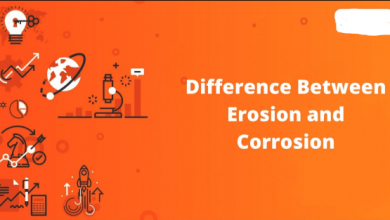 Differences Between Erosion and Corrosion